I had a request from a friend to do a follow-up post on the National Parks that I have visited, so for her (if for no one else), here is that post. :-)

My National Park Experience
By: Carrie

First of all, if you're going to visit multiple national parks, the first thing you have to buy is the National Park Pass - however, I just looked it up and it has gone up $30 since we purchased one almost 5 years ago(where did the time go?) . It is good for a year though, and we used ours to get into 15 parks, so I think we got our money's worth.

Now I'll basically go in a circle and tell you in one word (or fifty) what I thought of the park, if it's worth it to stop or better to go on to a different park, etc.

Badlands NP: Absolutely worth the stop! It's hard to explain it, but it's just beautiful. 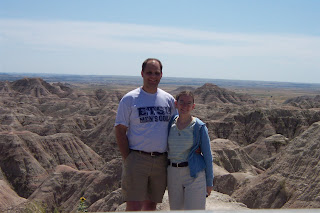 Mount Rushmore National Memorial: A very cool place, but the park pass does not work to get you in here because it's a memorial and not a park. We were a bit hacked over this because the year we went, the picture on our National Park Pass was Mt. Rushmore. Go figure. The memorial is "free", but parking (5 years ago) cost $10. 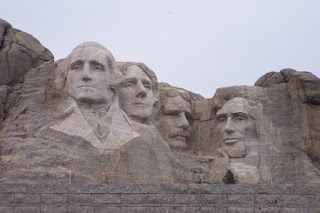 Yellowstone National Park: Our one and only camping experience. Let's just say it involved a very small tent, a lot of rain, temps that dropped to below freezing, lack of proper clothes, a cranky wife, a wet husband, and all of it occured in the 3rd week of August. However, after I warmed up with some hot chocolate at Yellowstone Lodge (now that is my style of camping!), the park was great. Old Faithful is worth the trip. 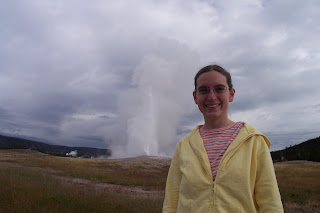 Grand Teton National Park: I have heard (from sisters who have been there) that this is a stunning park. The mountains are breathtaking and well worth the trip out. I'll take their word for it because when we went (right after Yellowstone), it was totally socked in with fog, so the picture below is all that we saw of the beautiful Grand Tetons. However, once you drive south from Yellowstone you enter Grand Teton NP, so it's not like it takes you out of your way. If you get some beautiful pictures, please share them with me! :-) 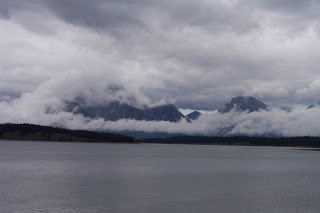 Crater Lake National Park: Peter hasn't been to this one, but I went with my parents and my sister when I was in high school and it was very beautiful. If you have a reason to be in Oregon, I would recommend making a trip to Crater Lake - but do it in the summer because they close for winter fairly early. No pictures because we went in the days before digital cameras. :-) However, you can click on the link and it will take you to the official national park website for Crater Lake (or the other parks mentioned).
Yosemite National Park: You can hit a lot of cool national parks if you go to California. We made a small dent in them, but it was worth the effort. Yosemite was a beautiful park with some amazing waterfalls and landscapes. 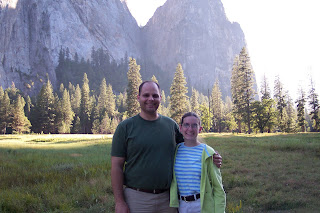 Sequoia & Kings Canyon National Parks: Two parks for the price of one...what a bargin. :-) Seriously though, the trees were more amazing in person than anything you've seen in a book or in pictures. They are just massive trees! Pretty incredible to see in person and realize just how small you really are compared to those monsters. You'll never look at the trees in your yard the same way again. See me by the tree? 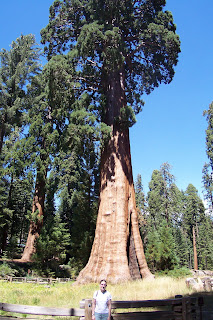 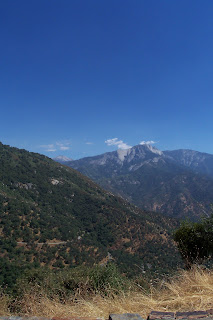 Cabrillo National Monument: Now, go figure, but they let us use our park pass to get into this national monument - score one for us! We wouldn't have stopped at Cabrillo, but we were in San Diego anyway and since we had the park pass, we decided to check it out. I would say that it's a nice place to visit if you're already in San Diego, but don't go out of your way to get there. And if you're in San Diego, I'd for sure go to the Zoo over Cabrillo NP, though the view of San Diego is pretty good from there. 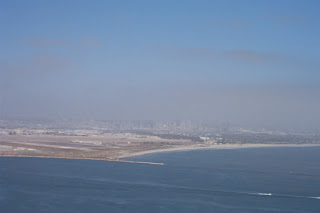 Grand Canyon National Park: This is probably the only park (in my humble opinion) that it would be worth it to spend money on an airplane ticket and a rental car so that you can see it in person. We drove there (on our way home), but I am so glad that we stopped and spent a night there. There just aren't words enough to explain how beautiful and BIG it is. 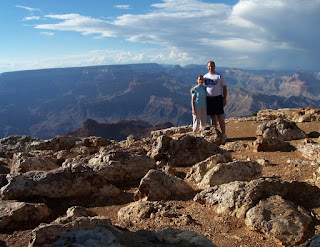 Petrified Forest National Park: Snooze alert. If you're driving, it's on the way, but I'm still not sure that I would say it was worth stopping. The Painted Desert was pretty, but after coming from most of these other parks, this was quite the let down. In fact, you've pretty much seen it if you look at my picture. 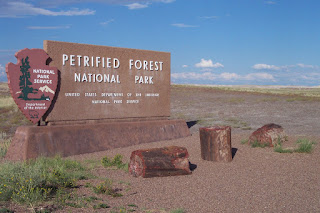 Arches National Park: Cool place. We really wanted to make it to the National Parks in Utah, and we were able to hit four of them on our way out to do maintenance standardization with MAF in 2006. Arches was our first stop - if you're going to do the Utah park tour, certainly make Arches one of your stops. 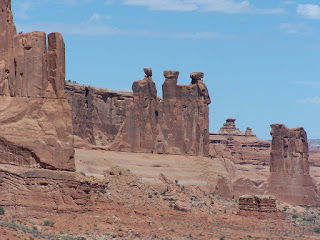 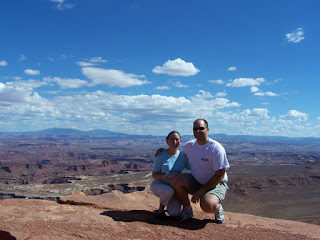 Zion National Park: I had high hopes for this park, but since they don't let you drive through the park anymore (you have to take their bus), it wasn't as enjoyable to us as some of the previous parks. It's a bit tongue-in-cheek, but you can see what our view was from the bus in the picture below. We did see some beautiful stuff through the window (and you could hike) and if I was going to Utah anyway for a park tour, I would certainly go to Zion. 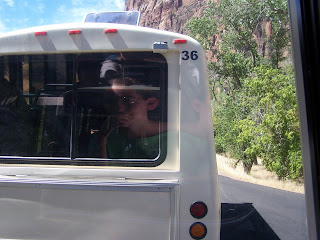 Bryce Canyon National Park: I'll finish up with this one (there are 3 other NP's on our list, but one is in Hawaii, one in Alaska, and of course, one in our backyard - almost). Bryce Canyon is right up there with Badlands and the Grand Canyon on my list of favorites. It displayed really cool landscapes and was just unique compared to many of the other parks. Certainly my favorite of the Utah parks. 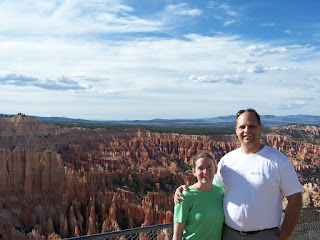 ...and that is how I spent my summer vacations. :-)
The End
Email ThisBlogThis!Share to TwitterShare to FacebookShare to Pinterest
Labels: Favorite Things, Travel