It has been a while since I have done an "official" WBR, so I figured it was about time to do another one. Today I'm recommending yet another book that is on my shelves thanks to my oldest sister's generosity and good taste. It quickly became one of my favorite books as a child (mostly because I loved to receive mail myself - which rarely happened) and I hope that if you are looking for a birthday or Christmas gift for a child (I'd say ages 4-10), you will consider this an option. 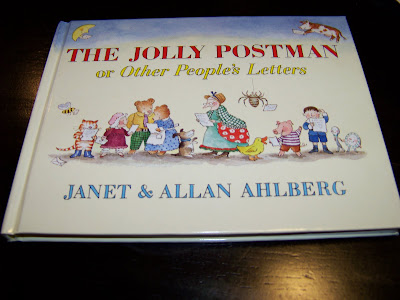 Today's recommendation is The Jolly Postman or Other People's Letters

by Janet and Allan Ahlberg. It begins, "Once upon a bicycle a jolly postman came one day..." and takes you through the enchanted fairytale kingdom. The Jolly Postman stops to deliver letters to Goldilocks (who is having a birthday party), Cinderella and her prince (recently returned from their honeymoon), the Big Bad Woof (being sued by the three pigs), and more. It's a delightful book if you grew up with the fairytale characters. The Ahlberg's included so many details in their letters that kept me entertained for an hour reading this short book because I wanted to study each one of the letters, and whatever else was included. 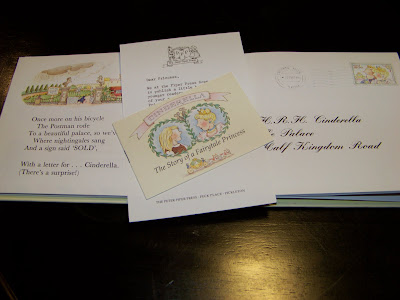 . As the title would suggest, he hops on his bicycle and rides around delivering Christmas cards and catalogues to all the fairytale characters. It's as charming as the first book and would make a great Christmas gift for a child (or even an adult - as you can see, I have both and still love them!). They are available on Amazon and I'm sure you could also find them in your local bookstore. 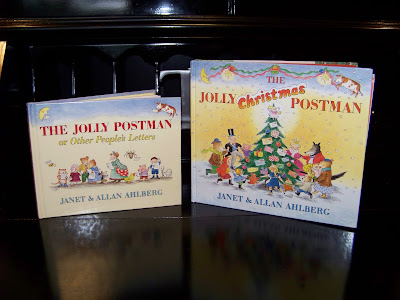 All Amazon links are part of the Amazon Associates program, but all opinions are my own.