When that song, "Hallelujah" went viral a year or two ago, I really wanted to like it, but the lyrics left me unimpressed. I wanted to scream, "You're missing the point!" But, instead, I kept my mouth shut, ignored the video posts on Facebook, and went on with my life.

When a nephew shared a link to a Christmas rendition of the song, (sung by a group called Cloverton), I decided to see what he liked about it.

Due to copyright issues (I'm assuming), it's not available for sale, but if it were, I would absolutely buy it. I'm sharing the video here, but wouldn't be surprised if it got pulled eventually, so just to make sure you get the message of WHY we celebrate Christmas, here are the lyrics as well... 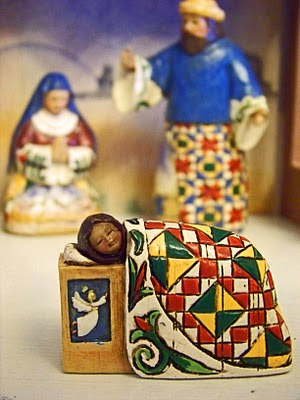 I've heard about this baby boy
Who's come to earth to bring us joyAnd I just want to sing this song to youIt goes like this, the fourth, the fifthThe minor fall, the major liftWith every breath I'm singing HallelujahHallelujahA couple came to BethlehemExpecting child, they searched the innTo find a place for You were coming soonThere was no room for them to staySo in a manger filled with hayGod's only Son was born, oh HallelujahHallelujah 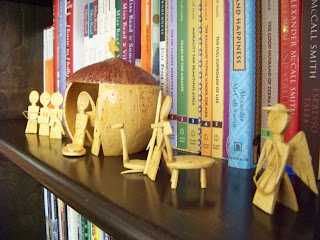 The shepherds left their flocks by nightTo see this baby wrapped in lightA host of angels led them all to YouIt was just as the angels saidYou'll find Him in a manger bedImmanuel and Savior, HallelujahHallelujahA star shown bright up in the eastTo Bethlehem, the wisemen threeCame many miles and journeyed long for YouAnd to the place at which You wereTheir frankincense and gold and myrrhThey gave to You and cried out HallelujahHallelujahI know You came to rescue meThis baby boy would grow to beA man and one day die for me and youMy sins would drive the nails in YouThat rugged cross was my cross, tooStill every breath You drew was HallelujahHallelujah

A Hallelujah Christmas by Cloverton.www.clovertonmusic.com"Hallelujah" originally written by Leonard Cohen

Indeed... He came as a baby, to grow to a Man who would take our place on the Cross.

May we never forget that.

It may be Christmas, but we celebrate because there is a Risen Savior!