The Day I Received A Goodie Box from @katflinn

Last November I apparently tweeted or retweeted something that entered me to win a box of goodies from one of my favorite foodie authors, Kathleen Flinn. You may recall that it's Kathleen's fault that I started cooking at all, thanks to being (briefly) unemployed and not-quite-literally devouring her book, The Kitchen Counter Cooking School.

Three years later I still follow her and when I saw an opportunity to win a copy of her newest book, Burnt Toast Makes You Sing Good, I retweeted or did something of the sort to enter myself. It's all rather vague, but all I know is that in early December I received a direct message on Twitter from Ms. Flinn informing me that I had won the prize, and could I please send her my mailing address.

For a number of personal reasons December 2014 was a difficult time for me, and in the midst of it all I forgot all about the contest and the book until a BOX showed up at my door just 5 days before Christmas. Talk about a nice surprise! 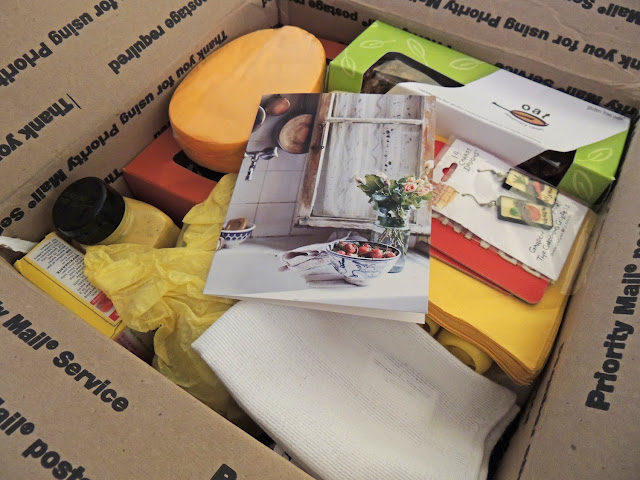 I have always been a sucker for a surprise box of goodies - I mean, who doesn't like gifts from a friend, or a famous author? I waited until the Hubs came home from work and then after dinner we unpacked what turned out to be a HUGE box of fun. From coasters and napkins to salad dressings and a plethora of mustards and spices, it felt like a Mary Poppins box that never ended.

I knew right away that I wanted to blog about it, but by the time it arrived I was down with the flu and taking life one day at a time. Blogging was the last thing on my mind, and all I could muster was sharing a picture on my Facebook page and thanking Kathleen on Twitter.

Fast forward six months and it's high time that Kathleen received a proper "Thank You" on the Busy Nothings blog!

Six months out and favorite things from the box include:

And on a slightly personal note, I'd like to add some food for thought. If you've ever seen something in a store that reminded you of a friend or acquaintance and thought about buying it but held back because they might feel obligated to reciprocate, let me say here and now: do it anyway. Over the last three years I can think of three different, "out of the blue" gifts that I have received from people I have either never met in person or haven't seen since I was a kid, and they all made my day.

You never know what people are going through or how your simple gesture might make their day a whole lot brighter. Don't consider yourself a good gift giver? Sometimes all you have to do is look on a social account - like Facebook - to see what they like. One online friend sent me a box of Nancy Drew reprints after she saw a blog post I wrote about wanting to find the original 1920's editions. Another friend I haven't seen since high school saw my Facebook posts about all things pumpkin and surprised me with a goodie box of pumpkin scented Yankee Candle gifts. 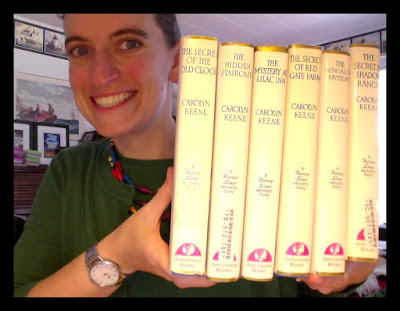 Kathleen threw in an assortment of items that were both fun (a preview copy of another foodie's book) and personal (Go Mariners!). I've never met Kathleen Flinn in person, and probably never will, but her box was a bright spot on a dark day, and I'm thankful that for a few minutes this December our paths crossed over from online to real life.

What was in the last goodie box you sent or received?