I've written plenty of posts about setting goals in the past. I've chosen words for the year...only to forget about them come March or April. I've picked specific things to work on....and then not followed through. I've blogged about my successes...and my failures. For several years in January, I've suggested that this will be the year that I finally start blogging again on a regular basis...and then that's the last you've heard of me.

So what am I doing this year? Why am I back, writing yet another January post with the word "goal" in the title? Well, grab a mug of something warm and pull up a chair. Let's chat! 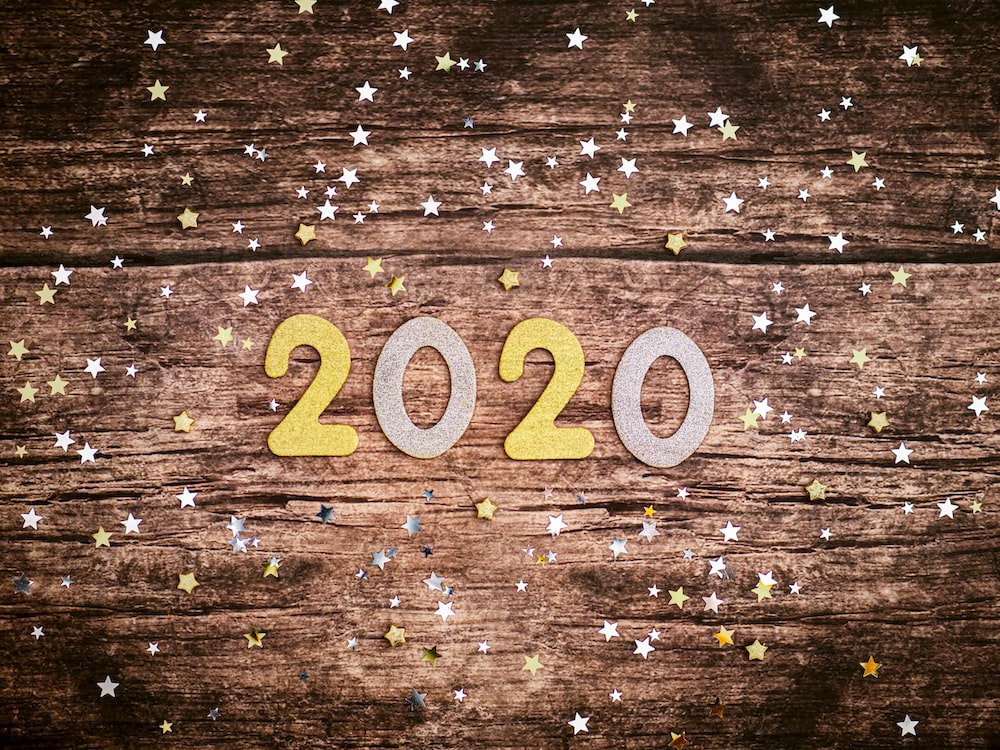 First, let's talk about what worked in 2019. As I've shared on my Busy Nothings Facebook page, 2019 was the year that I consistently tracked my calories and walked for 20 minutes a day in my little "walking lot" around the corner from the kid's school. This was a success...right up until the week before Christmas, when the Hubs came down with the crud that kept him home all week, and derailed my walking schedule as I single-parented our five. This was followed by the Christmas break, then the crud taking me out for a week, and the usual post-holiday sludge as we all try to get back into the groove of work and school after time off. Needless to say, walking hasn't made it back onto my daily schedule yet in 2020, but it will.

Tracking my calories was also something I was super consistent about...right up until the holidays. I don't want to say that I gave up, as I was still very mindful about what I was eating and the days that I was eating more than I normally did, but I no longer tracked my meals as faithfully as I had been doing prior to the Christmas season. Like walking, it's something I intend to restart this month, but it didn't happen this week. 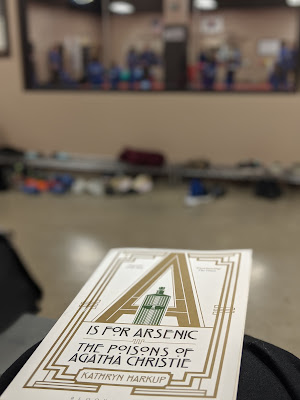 With the change in schools for two of our girls, I ended up spending about 3 hours of my day in the car starting in August, which limited the amount of time I had free for paid work. However, what I discovered was that the outside limitations caused me to focus more during the time that I did have. I was even able to say "yes" to more flexible freelance work, create new opportunities for the future, and extend the range of my skill set.

Another thing that I focused on in 2019 was reading more. As I've done in years past, I used Goodreads to set my goal of 52 books, and track my progress. I consciously made choices to use the dead time in my day (sitting in car line, sitting at taekwondo, sitting at the doctor's office, waiting for dinner to cook, etc.) to work toward that goal, and by December 31, 2019, I'd read 59 books. Some of them were totally new-to-me books, others were comfort re-reads, and quite a number were children's books that I either read to the kids, or read to myself before I recommended them to the kids. Needless to say, my Goodreads shelf this year looked a little different than it did in 2012!

One of the things I took away from 2019 was that it's good to have goals, but it's better to create habits. I've set goals before for weight loss or sticking to a diet, reading a certain number of books or focusing more on my work, but history shows that my lofty goals tend to end up lost somewhere around February. This last year I dropped the word "goal" from my planning and instead decided to make changes. Instead of setting a goal to walk 5 days a week, I drove the car to the parking lot - even on the days I didn't feel like it - and got out and walked 20 minutes, rain or shine. Eventually, turning left out of the kid's school, rather than right, became a habit. Setting my timer for 20 minutes and walking laps around the lot became a habit...and the weight that I wanted to lose, began to come off.

I put a goal weight in my Lose It! app, but it was just something to aim for...my main priority was becoming healthy, and over the course of the year, my mindset changed to match my habits. Before, I would have stopped at Dunkin' Donuts or Starbucks without even thinking about it. Mindless calories, which went to my thighs and never crossed my mind when I wondered where the weight came from, because I "wasn't really eating that much." These days, before I eat anything, I consider whether it's worth it, whether I have room for the calories, and what I will say "no" to if I say "yes" to the food or drink before me. It's not a goal, it's a choice. It's an action.

So what will 2020 look like for me? Do I have goals for this year? Well, sure. I think it's perfectly natural to set goals, even if it's unconsciously. For example, I would still like to shed around ten more pounds, but if that doesn't happen I'm not going to wallow in guilt about it, because my main priority is to continue my habits of making wise choices about what goes in my mouth. With my shorter working days, there are weeks when work has to take precedence over walking, so if that means that there's a week when I only get out to the parking lot one day instead of four or five, I'm not going to beat myself up over that, because that's still 20 minutes of movement. It doesn't mean I've given up, it just means that I had to prioritize different things that week. Goals can be forgotten, but habits keep you coming back to them, even when you have an off week.

It's a goal this year to read at least 52 books again. But it's become a habit to keep a book in my purse, and that habit is what allows me to actively work towards that goal...with very little effort at all. It's a goal to be a good steward of the time available to me for work. It's a habit to start my day by checking what's on my to do list and figuring out what needs more brain power (so earlier in the day tasks) and what takes less (later in the day tasks). It's a goal to pad our savings account so when those rainy day events happen, we're not scrambling to figure out how to pay for them. It's a habit to automatically transfer a set amount of money each month into that account, and then live within our means with what's left.

Do you see where I'm going with this? Habits can be good or bad, but the way I'm looking at it this year is that the positive habits that I started developing in 2019 are just my goals in action. Goals are just words on paper, but habits only occur because you're actively doing something.

Over the next 12 months I would like to see my work habits continue to develop, becoming more creative with the time that I have so that I will be able to do more (which, in turn, helps fund things like taekwondo, which means I will have that down time for reading to reach my goal...one positive habit affecting another). I've toyed with the idea of trying to run this year. I have a 9 year old who would love it if I would run with her, but I've never been a runner. It scares me. Maybe this is the year...or maybe I'll pull out my bike again and ride alongside her...or maybe she'll run while I walk. Whatever happens, I want 2020 to be the year I challenge myself more. What about you?
Email ThisBlogThis!Share to TwitterShare to FacebookShare to Pinterest
Labels: #HealthyHabits, #WorkInProgress, Goals, Personal, self-employed, work-from-home