We all know that we turn into our parents eventually, but sometimes what we forget is that we have always been a bit like them. I've been scanning in a bunch of family pictures (before they totally fall apart), and I came across this picture of my folks. It would have been taken around 1959 in a photo booth while they were in college outside of Chicago. 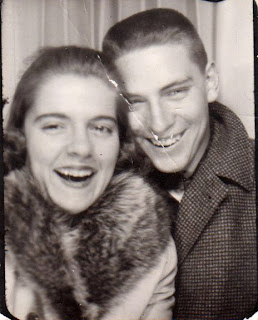 What caught my attention - besides how cute and young they were - was how much it looked like a picture that Peter and I took in a photo booth in 1999 when I was in college, just outside of Boston. 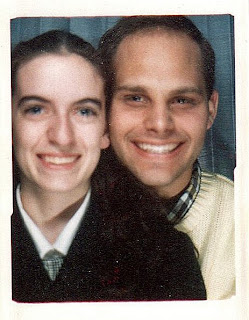 It appears that there is nothing new under the sun! Everything that young people think they're the first to do has been done by all those people they affectionately call, "Mom" and "Dad". :-)