I had a whole post written up about our financial goals, but for some reason when I saved it on Friday, the last 2/3's of the post didn't save - argh!! But then I came up with something better that I wanted to share with you, so it's all good. ;-) Over the week-end we drove about 40 minutes to a pick-your-own fruit farm. It was lots of fun and we came home with some amazingly yummy Asian pears for $1/lb. Not too bad! We're planning on going back next summer when their cherries come in - yum! 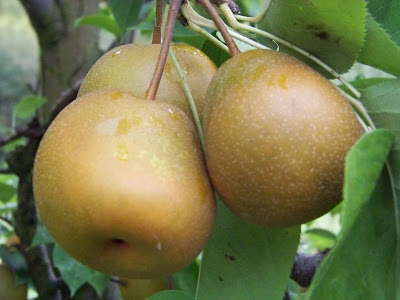 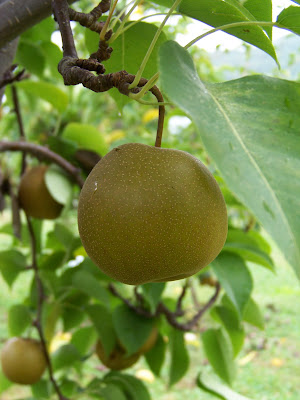 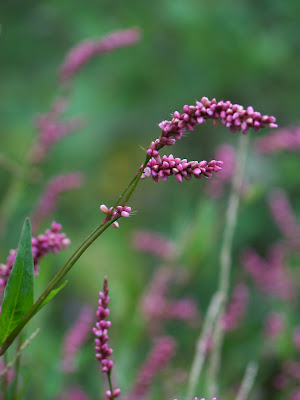 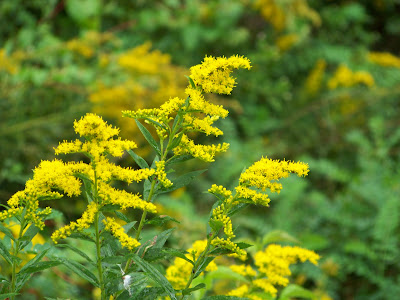 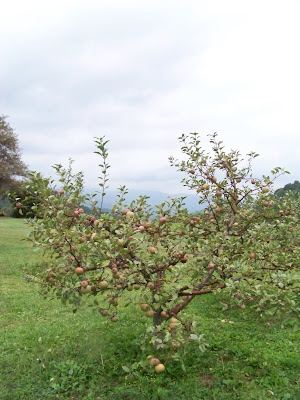 This apple tree was heavy laden - and check out that (somewhat hazy) view in the background! Beautiful! 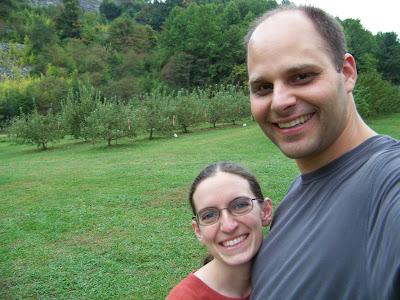 Here we are with the little orchard in the background 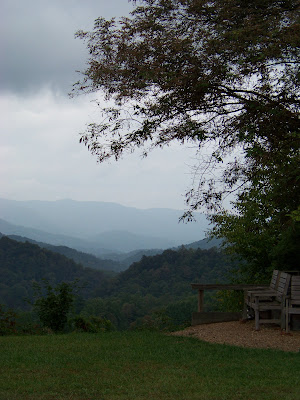 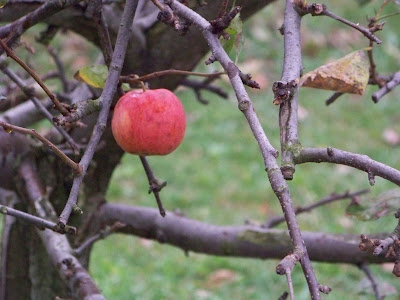 I didn't take the time to touch any of these photos up, so what you see is what we saw 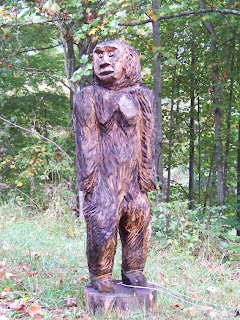 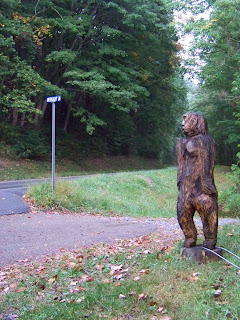 ...including "Opie" on Moonlight Lane - oh yes, there is a story!
While driving to the farm, we passed this fellow and decided we had to stop on the way back to take pictures. We couldn't decide if he was a monkey, a badly carved bear, or, as our friend's son said, Sasquatch. On the way home we did a quick u-turn to stop and get a picture. As I was snapping my first photo, a voice yelled up at us from a home below, "That's Opie!" Startled, I yelled back, "Opie?" The Voice replied, "Yeah, Opie!" I took another photo and then my friend and I decided it was time to get back in the car - then her son decided he wanted his picture with Opie. As he stood next to the monkey/bear/Saquatch, the Voice yelled again, "Careful, he bites!" That's when we said "Thanks!" and decided we had enough pictures and it was time to leave. Quickly. After all, we were in the mountain hollers of East Tennessee - shoot first, ask questions later is not entirely an incorrect stereotype. The Voice sounded nice enough, but since we couldn't see the person, we decided not to test his hospitality...but it made for lots of laughter on our way back out to "civilization"! :-)