I'm Thankful For:
701. The promise of a Savior
All right then, the Lord Himself will choose the sign. Look! The virgin will conceive a child! She will give birth to a son and will call Him Immanuel - "God is with us." [...] For a child is born to us, a son is given to us. And the government will rest on His shoulders. These will be His royal titles: Wonderful Counselor, Mighty God, Everlasting Father, Prince of Peace.
{Isaiah 7:14, 9:6}
702. A Source of Peace
But you, O Bethlehem Ephrathah, are only a small village in Judah. Yet a ruler of Israel will come from you, one whose origins are from the distant past. The people of Israel will be abandoned to their enemies until the time when the woman in labor gives birth to her son. [...] And He will be the source of our Peace.
{Micah 5:2-3a, 5a}
703. That Joseph and Mary were obedient and allowed themselves to be used by God
Now this is how Jesus the Messiah was born. His mother, Mary, was engaged to be married to Joseph. But while she was still a virgin, she became pregnant by the Holy Spirit. Joseph, her fiance, being just a man, decided to break the engagement quietly, so as not to disgrace her publicly. As he considered this, he fell asleep, and an angel of the Lord appeared to him in a dream. "Joseph, son of David," the angel said, "do not be afraid to go ahead with your marriage to Mary. For the child within her has been conceived by the Holy Spirit. And she will have a son, and you are to name him Jesus, for He will save His people from their sins." [...] When Joseph woke up, he did what the angel of the Lord commanded. He brought Mary home to be his wife, but she remained a virgin until her son was born. And Joseph named Him Jesus."
{Matthew 1:18-21, 24-25} 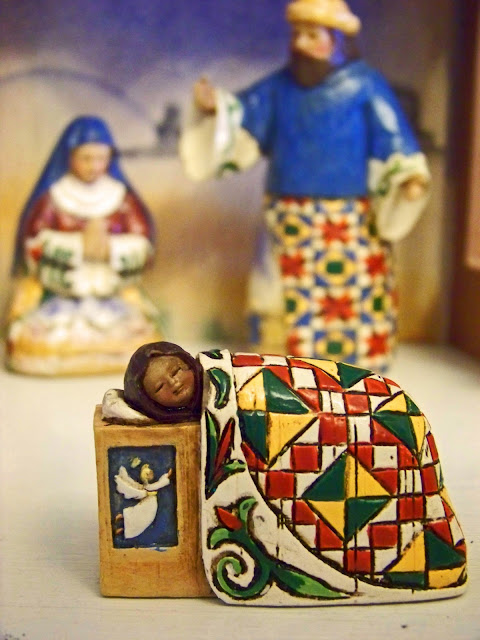 704. Having no reason to fear the future
[...] but the angel reassured them. "Don't be afraid!" he said. "I bring you good news of great joy for everyone! The Savior - yes, the Messiah, the Lord - has been born tonight in Bethlehem, the city of David! And this is how you will recognize Him: You will find a baby lying in a manger, wrapped snugly in strips of cloth!" Suddenly, the angel was joined by a vast host of others - the armies of heaven - praising God: "Glory to God in the highest heaven, and peace on earth to all whom God favors."
{Luke 2:10-14}
705. That I am a child of God
But although the world was made through Him, the world didn't recognize Him when He came. [...] But to all who believed Him and accepted Him, he gave the right to become children of God. They are reborn! This is not a physical birth resulting from human passion or plan - this rebirth comes from God. So the Word became human and lived here on earth among us. He was full of unfailing love and faithfulness. And We have seen His glory, the glory of the only son of the Father.
{John 1:10, 12-14}
706. That God sent His only Son to die in my place and pay for my sins
When we were utterly helpless, Christ came at just the right time and died for us sinners. [...] But God showed His great love for us by sending Christ to died for us while we were still sinners. And since we have been made right in God's sight by the blood of Christ, He will certainly save us from God's judgement. [...] So now we can rejoice in our wonderful new relationship with God - all because of what our Lord Jesus Christ has done for us in making us friends of God.
{Romans 5:6, 8-9, 11}
707. That Christ Jesus chose to obey His Father
Though He was God, He did not demand and cling to His rights as God. He made Himself nothing; He took the humble position of a slave and appeared in human form. And in human form, He obediently humbled Himself even further by dying a criminal's death on a cross. Because of this, God raised Him up to the heights of heaven and gave Him a name that is above every other name, so that at the name of Jesus every knee will bow, in heaven and on earth and under the earth, and every tongue will confess that Jesus Christ is Lord, to the glory of God the Father.
{Philippians 2:6-11} 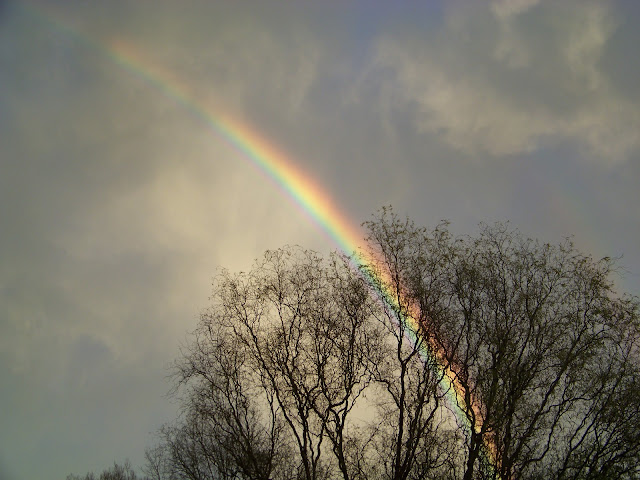 708. That Jesus understands the struggles that we experience
Because God's children are human beings - made of flesh and blood - Jesus also became flesh and blood by being born in human form. For only as a human being could he die, and only by dying could He break the power of the Devil, who had the power of death. Only in this way could he deliver those who have lived all their lives as slaves to the fear of dying. [...] Since He Himself has gone through suffering and temptation, He is able to help us when we are being tempted.
{Hebrews 2:14-15, 18}
709. God desires that all should come to Him and find Salvation
But you must not forget, dear friends, that a day is like a thousand years to the Lord, and a thousand years is like a day. The Lord isn't really being slow about His promise to return, as some people think. No, He is being patient for your sake. He does not want anyone to perish, so He is giving more time for everyone to repent.
{2 Peter 3:8-9}
710. That Jesus is coming again and there is Hope for all who chose to believe and accept His salvation
I heard a loud shout from the throne, saying, "Look, the home of God is now among His people! He will live with them, and they will be His people. God Himself will be with them. He will remove all of their sorrows, and there will be no more death or sorrow or crying or pain. For the old world and its evils are gone forever." [...] "I, Jesus, have sent my angel to give you this message for the churches. I am both the source of David and the heir to his throne. I am the bright morning star." The Spirit and the bride say, "Come." Let each one who hears them say, "Come." Let the thirsty ones come - anyone who wants to. Let them come and drink the water of life without charge. [...] He who is the faithful witness to all these things says, "Yes, I AM coming soon!" Amen! Come, Lord Jesus!
{Revelation 21:3-4, 22:16-17, 20}
So much to be thankful for, don't you think?
This is why we celebrate Christmas.

Email ThisBlogThis!Share to TwitterShare to FacebookShare to Pinterest
Labels: #iamthankful, Holidays, My Faith