“War must be, while we defend our lives against a destroyer who would devour all; but I do not love the bright sword for its sharpness, nor the arrow for its swiftness, nor the warrior for his glory. I love only that which they defend.”
― J.R.R. Tolkien, The Two Towers


As you know, we just enjoyed a long weekend. In theory, we owe these days to the memory of the men and women of our military who chose country over self and gave their lives for the defense of our freedoms. In theory? That's right, because the original day - Decoration Day - was created to remember the Union soldiers who died during the Civil War, but eventually encompassed those who gave their lives in all wars, and was officially recognized as "Memorial Day" in 1967.

So, realistically we should thank the Washington bureaucrats who, in 1971, moved the holiday to the last Monday of May, making it a federally mandated three-day weekend. Party time. I'm not quite sure that those who gave their lives to defend our freedoms had that in mind when they headed into battle, but I digress.

I actually have a hard time finding the words to describe my feelings for those who have given their lives to defend and protect my freedoms, but I think of them each and every time I step up to the voting booth. To those who don't think voting changes things, to the people who view voting in the preliminaries as a "waste of time", I say this: Each time you decide it's not worth the effort to take part in our country's democratic processes - to play a role in the government that is supposed to be of the people, by the people, and for the people - you are causing those who have given their lives to defend our freedoms to die in vain.

As you know, it's an election year. If you've been reading the blog for any amount of time, you know that I typically shy away from politically slanted posts because I find it to be a heated topic. However, the point of this is not to push one party or candidate over the other, it's to remind you that our military heroes didn't die so that we could have a three day week-end and celebrate the beginning of vacation season, they died because they believed in the cause of freedom, and to defend the idea that democracy can work. Let's not let them down, okay? 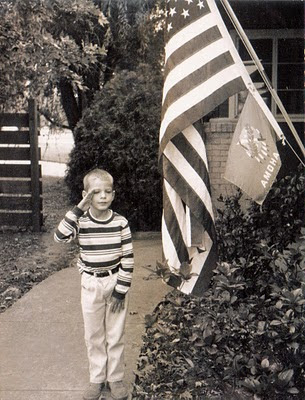