Another Friday snuck up on me, and once again I didn't have a neatly written, numerical thankfulness post ready to go up. However, one of the things I've been working on this year is blogging in the moment, trying to keep it real and honest instead of being concerned about having 5 posts a week, all going up at the same time every day. It's been freeing.

I've actually been doing a lot of thinking about the online world. Earlier this week, a friend of a friend shared a post (which I would link to, but it's now been made private) about how, even though her social media security settings were high, her photos and identity had still been stolen by a crazy stalker. A woman who apparently decided that she would rather pretend to live someone else's life (even claiming kids that weren't hers), than deal with reality - it's no wonder the friend of a friend pulled the plug on social.

While the online world can be a great place, and a wonderful way to make connections with encouraging people (several bloggers come to mind), it's also healthy to keep your feet grounded in reality.

One of the reasons that I'm thankful for Molly is because she's constantly pushing me to dream big in the real world. When I mentioned that I might be interested in taking a class to enhance my editing skills, she took it on as her personal mission to hold me accountable for that.


Have you registered yet?
Is that still something you're still interested in doing?
What steps are you taking to move towards your dreams?

We all need people like that in our lives. People who push us to do more, try new things, and step out into the unknown. We need people who believe in us more than we believe in ourselves, and who can see areas of strength and weakness and point them out in a kind, "I want you to grow" sort of way.

While the internet has some downsides, I'm thankful for the way it connects me to people who might not be blinded by "knowing me when," but who only know me now, and are ready to cheerlead me to the next step. What a blessing. 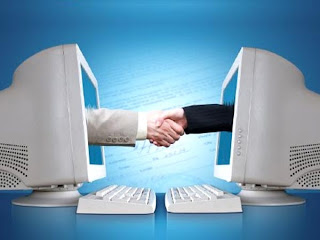 Who can YOU encourage today?
What (or WHO) are YOU thankful for?

Email ThisBlogThis!Share to TwitterShare to FacebookShare to Pinterest
Labels: #iamthankful, The Online World