"I pay very little regard...to what any young person says on the subject of marriage. If they profess a disinclination for it, I only set it down that they have not yet seen the right person."
-- Jane Austen (1775 - 1817), Mansfield Park

If you need a reminder of where we left off, you can catch up by clicking HERE. In the meantime you might recall... 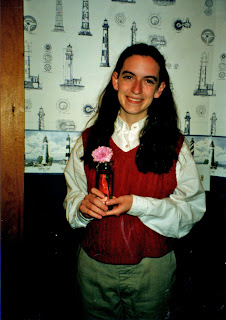 Email ThisBlogThis!Share to TwitterShare to FacebookShare to Pinterest
Labels: Our Story