The Story of Us - Part 11 (The Wedding Pictures Edition)

As promised, here are some photos from our wedding on June 17, 2000. We tried to make it a very simple day and we recruited our friends and family to help make that happen. Looking back on it after ten years it still looks like a beautiful day, but the reality was that I was very out of it all day long. Peter will confirm that if necessary! :-) Still, we were married and we didn't spend a fortune making that happen, so it's all good. 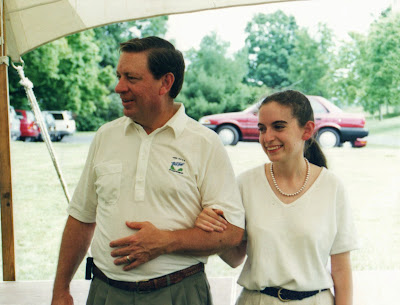 At the rehearsal with my dad - we had come a long way in 2 years! 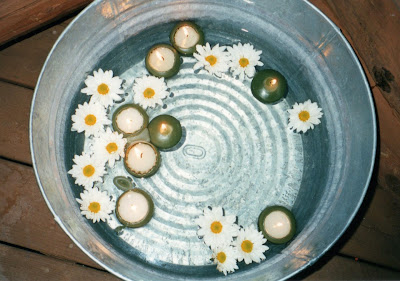 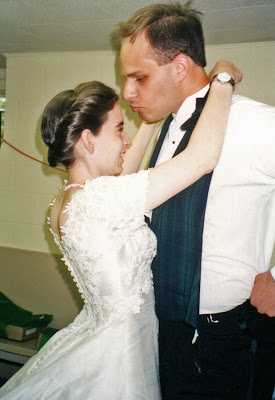 Yes, I helped him get dressed for our wedding - as I said, we did everything differently! 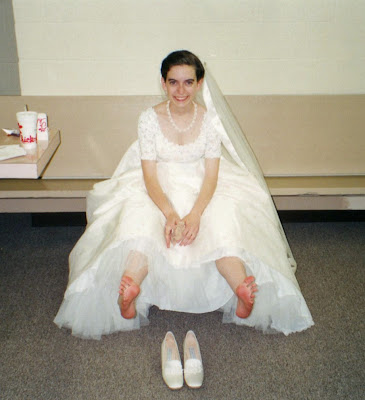 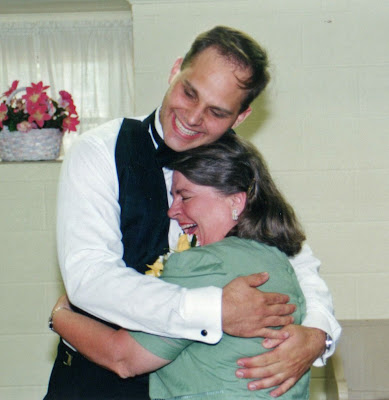 If you can't tell from this picture, these two could not have been happier - Mom always wanted Peter for a son-in-law and Peter thinks she's the best mother-in-law. I'm thrilled they get along (and are comfortable enough to give each other a hard time)! 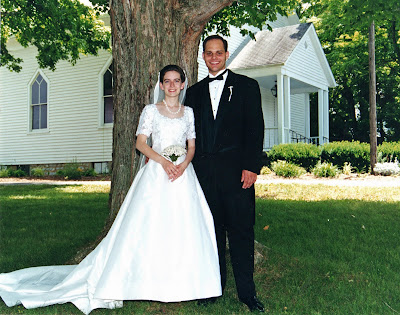 This is the church where I had wanted to get married since I was a little girl - back then it was out in the country and when we got married there was a Lowe's across the street! But it was still perfect. The church was too small for all our friends and family, but we used the building to get ready and we set up a tent in the side yard under the trees where we got married. 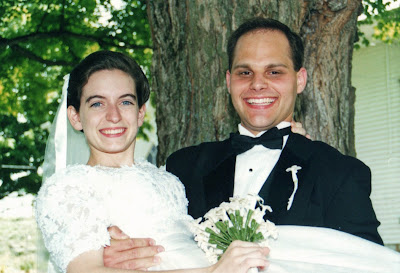 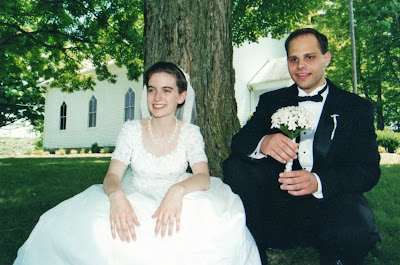 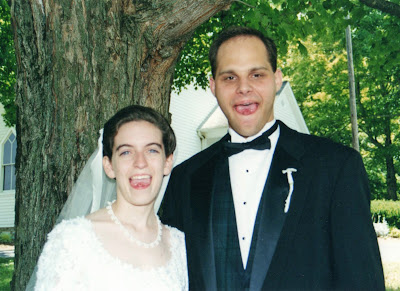 We knew we were meant for each other when we realized we could both fold our tongues into a weird shape. ;-) 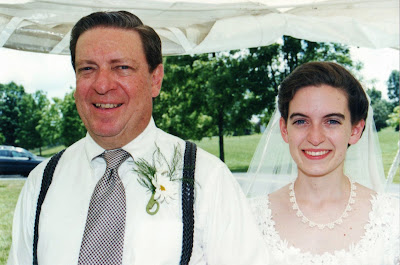 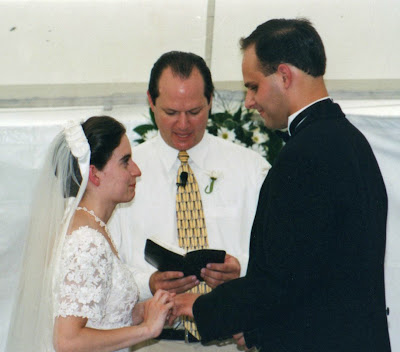 And so we were married - nice and quick, twenty minutes from start to finish 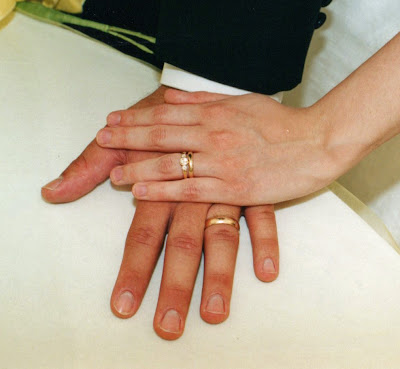 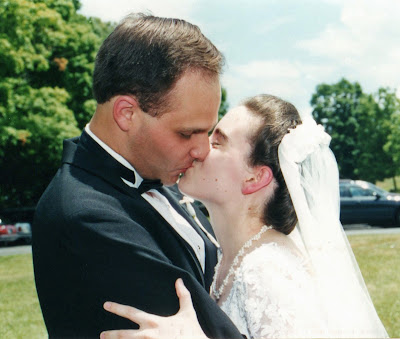 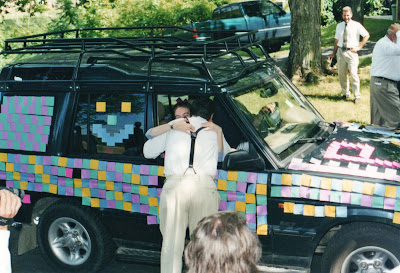 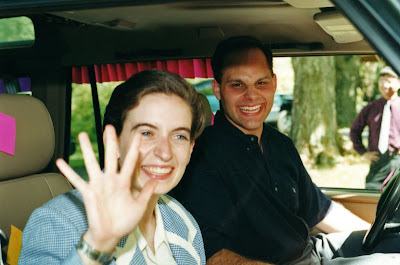 ...and then on to Chicago for the honeymoon! 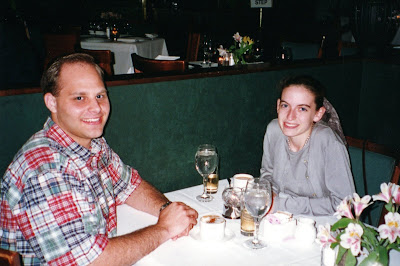 Eating dinner at the top of the Hancock Tower in Chicago 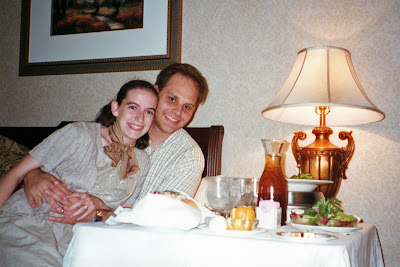 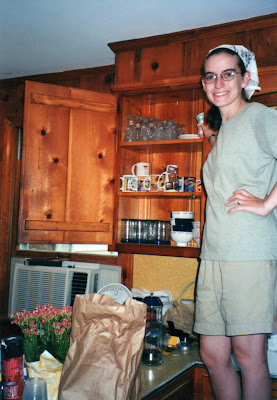 After two years of waiting and drama we could finally focus on real life! We moved to middle Tennessee for me to start school at a new college, for Peter to begin his job at a little airport as a mechanic, and to see what married life would hold for us. As I was unloading the dishes into the cabinet of our first home together, I really didn't think I would be packing them up and moving again a mere six months later...but that's what happened. Life has been an interesting set of twists and turns in our ten years of marriage, but I'm thankful to have been along for the ride!
I hope you have enjoyed going along for the ride as we have gone through the process of meeting, friendship, our bumpy courtship, surprise year-long engagement, and finally - our wedding day! Thanks for reading and commenting along the way.
To God Be the Glory