for my June Booking It selection. I had a hard time really getting into the book for various reasons and was pretty sure it wasn't going to become one of my favorites. :-) However, I came across one section of Chapter XIII that really caught my attention. You see, although it was written over 120 years ago about things that happened 1300 years earlier (in King Arthur's court), Twain captured my feelings about our country and government. As July 4th - Independence Day - is approaching this week-end, I decided it would be a good time to share these passages with you.

You see my kind of loyalty was loyalty to one's country, not to its institutions or its office-holders. The country is the real thing, the substantial thing, the eternal thing; it is the thing to watch over, and care for, and be loyal to; institutions are extraneous, they are its mere clothing, and clothing can wear out, become ragged, cease to be comfortable, cease to protect the body from winter, disease, and death. To be loyal to rags, to shout for rags, to worship rags, to die for rags--that is a loyalty of unreason, it is pure animal; it belongs to monarchy, was invented by monarchy; let monarchy keep it. I was from Connecticut, whose Constitution declares "that all political power is inherent in the people, and all free governments are founded on their authority and instituted for their benefit; and that they have at all times an undeniable and indefeasible right to alter their form of government in such a manner as they may think expedient."

Under that gospel, the citizen who thinks he sees that the commonwealth's political clothes are worn out, and yet holds his peace and does not agitate for a new suit, is disloyal; he is a traitor. That he may be the only one who thinks he sees this decay, does not excuse him; it is his duty to agitate anyway, and it is the duty of the others to vote him down if they do not see the matter as he does.

I try not to be very political on the blog - but as we approach the celebration of the founding of our country and the bestowing of our liberties and freedoms, I would like to encourage you not to stand back and allow these same freedoms and liberties to be stripped from us. I believe that our country is fast losing the very principles that we were founded upon, and the "life, liberty, and pursuit of happiness" that are prominent in the Declaration of Independence are quickly and easily slipping away.


We hold these truths to be self-evident, that all men are created equal,
that they are endowed by their Creator with certain unalienable Rights,
that among these are Life, Liberty and the pursuit of Happiness
This November - VOTE. I have opinions about who to vote for, but that's not really what this is about. It's about exercising a right that hundreds of thousands of American men and women have given their lives to protect. Don't allow their sacrifice to be for naught. Do your reasearch. Decide how you want the country to be shaped for your children and grandchildren. Take a more active role in the political running of our country. This country was created of the people, by the people, and for the people - let us never forget! Let us not become like sheep following blindly - stand up, learn about the running of our country and how government works, take a stand in your community - exercise the freedoms that our Founding Father's worked so hard to give us. Benjamin Franklin once said, "Those who would give up essential liberty to purchase a little temporary safety deserve neither liberty nor safety."
I am a conservative - fiscally and in every other way. I also believe that we each have the right to vote for whichever candidate we believe to be the best man or woman for the job. I believe in FREEDOM. I'll end with a quote from the 26th President of the United States, Theodore Roosevelt, "To announce that there must be no criticism of the president, right or wrong - is not only unpatriotic and servile, but is morally treasonable to the American public." - and to be perfectly clear, I believe that goes for people of all political parties. :-) 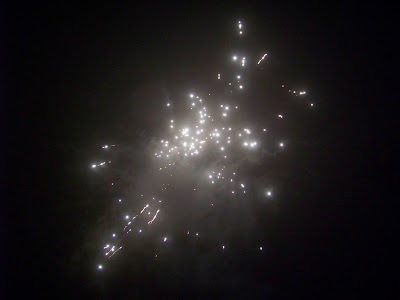