Because our our nomadic lifestyle over the years, there have been many times when Peter and I have looked at each other and quipped, "Ah, culture" - and nothing more needs to be said. Love it or hate it, we all must live with it and recognize that it is a part of who we are and who we live and work with on a daily basis. 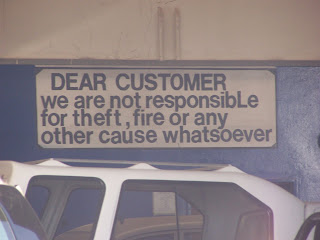 We saw this sign at an auto-repair garage when we lived in Lesotho
I live in the South and there are aspects of the culture here that I really don't like, and quite a few that I love (like sweet tea and people still saying ma'am/sir). Growing up I always wanted to live in New England. I cheered while studying the Civil War in history class when the boys in blue won. I worked hard not to have a southern accent and, truth be told, I still struggle with my pride when people tell me, "you don't sound like you're from here." That's probably the nicest compliment I have ever received. Although I came into this world about fifteen minutes away from where I now live, I have always tried diminish that fact when people ask me where I'm from.

But even being born here does not make me a "local" in the sense that true locals define themselves. I've only recently begun to understand that no matter what, I am (and perhaps, will always be) an outsider. My family hails from Oklahoma - Indian territory. I was the only member of my family to be born here, I don't have relatives just down the street, and I don't regularly eat a meal with my grandparents, aunts, uncles, or first and second cousins. Shoot, my ten cousins live from coast to coast and I only barely know some of them. I sometimes feel like Ian Miller in My Big Fat Greek Wedding

, when he tells Toula he only has two cousins. :-)

The title of this post is "Accepting Culture" - so what happened to begin changing my opinion of the "local" culture? We purchased a house in a town where I said I never wanted to live because it seemed too country and it was in the "wrong" county (talk about prejudice!). It represented everything I didn't want to be. And then we moved here because it was the only town in the area that had houses in our price-range and I realized just how wrong I was. Despite being an "outsider", it's a lovely place to live. The people can be friendly, you can walk down the street without wondering if you're going to be accosted, and if you get connected to the right people, everyone knows "the person" you need to talk to about getting something done. I live a minute from a well stocked grocery store with managers who still understand customer service. We don't have a Target, but I've learned that you can find great deals at Dollar Tree.

Of course there are still (lots of) times when I find myself frustrated by the local prejudices, a lack of education, the good-ol-boy political system, and the people who think leaving family in a town 30 minutes away is a "major" move. On the flip-side, I appreciate that people still pull over for funeral processions, neighbors watch our house when we're gone, the Christmas parade is after Thanksgiving, and our mailman asks if I'm mad at him if it has been a while since I have opened the door to say hello. :-) 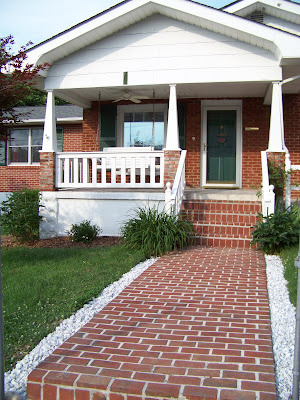 So what brings this up? Several times in the last few weeks I have heard people speak negatively about the local culture and even, specifically, about my town. It bugs me because I know I used to think, feel, and speak the same way - until I moved here and learned that the area I once labeled "backwards", is actually filled with charming people with a vast knowledge of the history of the area (something I totally lack). Although I was willing to live in "backwards" locations overseas because they were "exotically foreign" to me, I also discovered "locals" all over the world. People who had never been outside of their town or village. People who thought their country was the best - and even one young man who believed that Coca-Cola, Ford Motor Company, and Kellogg's were inventions of South Africa. Yes, small mindedness is worldwide.

I'm still "not from here" (and I still refuse to say, "ayggs" rather than "eggs"), but over the last 9.5 years I have slowly learned to appreciate my adopted "home town". I have learned to accept aspects of the culture that I don't like (just as I did overseas) and I will be the first to tell you it's a great place to live.


Elizabethton, TN - Come visit us!
Amazon link is a part of the Amazon Associates program, but opinions are my own.
Email ThisBlogThis!Share to TwitterShare to FacebookShare to Pinterest
Labels: Personal, Travel