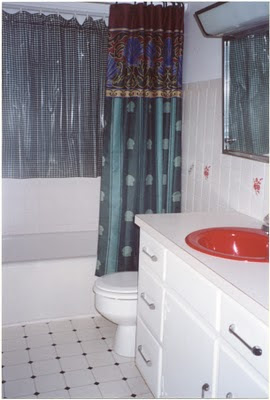 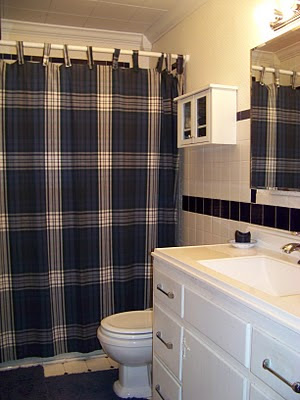 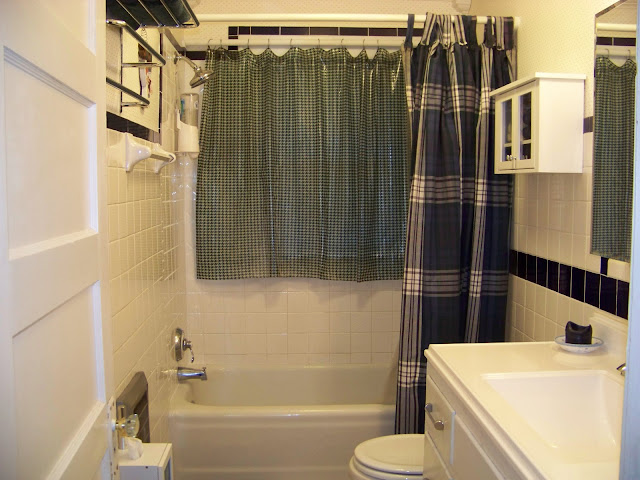 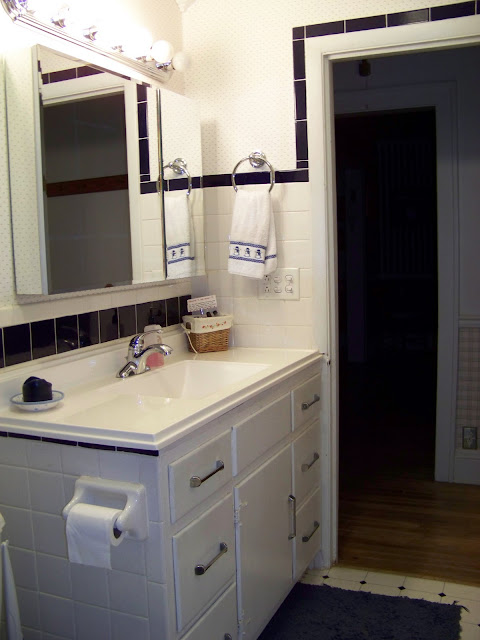 I've tossed around the idea of painting the front of the sink base a dark navy blue, but I've just never gotten around to it, and honestly, it's just fine as is. Once we added a second bathroom for the master bedroom, the only people who use this bathroom are our occasional dinner/overnight guests. In the end we learned how to deal with the not-so-square walls (see the beautiful corner pieces we used with the crown moulding - they are great for old houses/walls!) and we got over the desire to tile the floor (the linoleum is easier to clean!). Like the rest of the house, our list of "wants" got smaller when faced with the reality of the budget. Truth be told, I love our little bathroom (especially since I did get my second - and even third - bathroom after all the additions were done).
What have you learned to live with that in the beginning you thought would never work? A wall color? Number of bedrooms? A kitchen that seemed impossibly small? In fact, if you did something on a small budget, I'd love to give you the opportunity to share your before and after pictures, so shoot me off an email if you're interested - couponcarriek (at) gmail (dot) com.
Email ThisBlogThis!Share to TwitterShare to FacebookShare to Pinterest
Labels: DIY Project