Thanks to my Nightstand posts, you've probably noticed that I've been re-reading the Anne of Green Gables series. Despite being 30 and having read the set more times than I can count, I still get a thrill when Anne and Gilbert finally get together. I remember as a young teenager, I desperately wanted the kind of love and friendship that Anne and Gilbert enjoyed. I wanted to marry my "chum" and be excited about going through life together, still feeling a thrill when I saw Mr. Unknown come in the door or walk into a room. It gave me an ache in my chest that I can't describe, but if you've ever wanted to be loved unconditionally by the opposite sex, then you know what I'm talking about.

If you've read Our Story, you know that I ended up doing just what I always dreamed of - marrying my best friend. In fact, much like Anne, I was devastated when Peter decided that he felt more than friendship for me, and I went so far as to tell him that he ruined everything. Thankfully, like the fictional Gilbert, he continued to hold out hope that one day I would change my mind, as it was settled in his that I was the only one for him. To this day, I don't know what he saw in my little sixteen year old self, but I'm so thankful that he stuck with me! 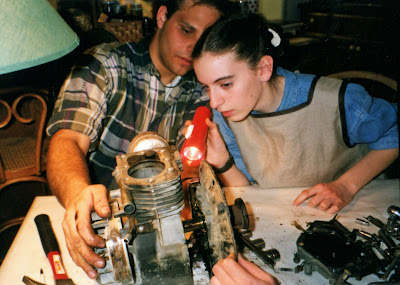 {Taken around the time he was falling for me}
Over the last fourteen years, we have lived, loved, and laughed our way through life. Our fights are rare, and when we do disagree, the arguments are brief and it isn't long before we're apologizing and moving forward. Dead cats aren't allowed in this house. {You know what a dead cat is, right? It's when you continue to bring up an issue or something someone did in the past - the more you bring it up, the stinkier it gets, much like a dead cat.}

As I read about Anne and Gilbert, I was struck by something that had not hit me in previous readings: continuing to be romantic takes work. In Anne of Windy Poplars, I realized that I missed that period of our early romance when we wrote actual letters back and forth to each other. I still have them all, tied up with a green ribbon and hidden away in a drawer for possible grand kids to find and marvel over. 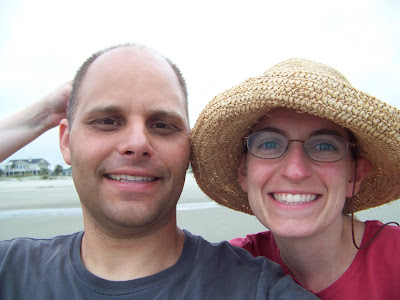 Peter and I have always been comfortable with each other. There was never a period of time when we had to adjust to being together - we just fit each other. However, with comfort, complacency sometimes follows. Oh yes, we're affectionate and say we love one another, I get up each morning when he does (5 AM) and pack his lunch and send him off to work, but the romance was a bit stale. By the end of Windy Poplars, I decided that it was time to woo my husband again.

As I've mentioned before, when I decided that I would be willing to follow God's leading, even if that meant accepting the fact that Peter might be the one for me, I was greatly influenced by this quote from Ravi Zacharias's brother: "Love is as much an act of the will as it is an emotion, and if you will to love someone, you can." It came to mind again last week as I realized that I sometimes didn't make an effort to appreciate Peter because I just didn't feel like it. But feelings don't matter, and if I'm honest, I'll admit that it's nothing more than selfishness on my part when I am too lazy or too busy to get up and welcome him home after his 12+ hours at work. 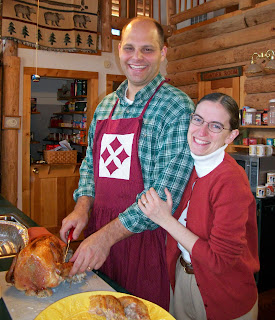 And so I started taking action. Instead of using pen and paper, I began sending love emails and texts to him throughout the day, just to let him know I was thinking about him and that I missed him. I wanted him to know that I appreciated his hard work and his long hours and his never-ending good attitude. I wanted to express my desire for him and to let him know that he has always been, and will always be, the only one for me. In general, I've been scandalously flirting with him. When I'm home from work before he is, I make an effort to meet him at the door and welcome him home. Instead of settling for a normal "glad you're home" peck, we've revived memories of what it was like when we first started kissing - that "lost in the moment" kind of kiss. Talk about bringing back the romance of our early days!
So if you're married, here's my question to you: what do you do to actively keep the romance alive? Do you work on courting your spouse like you did when you were dating? Do you make time for each other and spend time talking about your long-term goals? Do you actively listen when they are talking about their day, or are you tuning them out and making a grocery list in your head instead? Do you make an effort to welcome him/her home from work or do you barely look up when they come in? Basically, are you selfless or selfish when it comes to your relationship with your spouse? I came across this quote from C.S. Lewis, and I thought it was pretty good food for thought considering the current topic:
“Love is not affectionate feeling, but a steady wish for the loved person's ultimate good as far as it can be obtained.” ― C.S. Lewis
If you're not already making time to actively keep the romance alive in your marriage, I encourage you to do something this week that will take your spouse by surprise and put a smile on his/her face that you might not have seen there in a while. It's so worth the effort!

Email ThisBlogThis!Share to TwitterShare to FacebookShare to Pinterest
Labels: Marriage