Earlier this year I reported that our biggest goal for 2012 was to see the Project House finished in time for the races in August. I don't know if we'll be on track for that to happen or not (we're still working on getting roofing estimates and sticking buckets around the house every time it rains), but I'm extremely hopeful that 2012 will be the year of the Project House Completion. 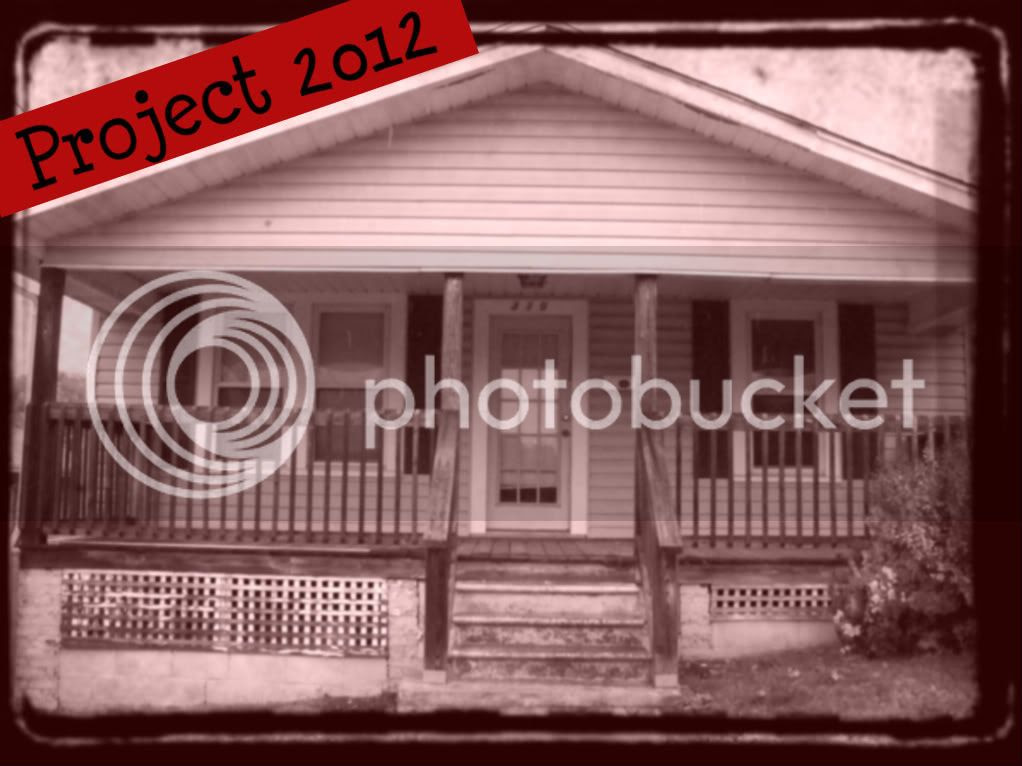 Even though the roof leaks and we have no walls in the PH, I started making design plans as soon as we purchased the house in November of 2010. In 2011 I started dreaming about how I wanted the bedrooms to look and I decided to try some things that I probably wouldn't attempt in our own home. I made a little mock up board of ideas and started purchasing some of the items for the second PH bedroom; so while the house next door sits empty, our guest room is stuffed with pillows and blankets and kitchen items and (now) two mattress sets for the PH. Below is the original idea board that I created: 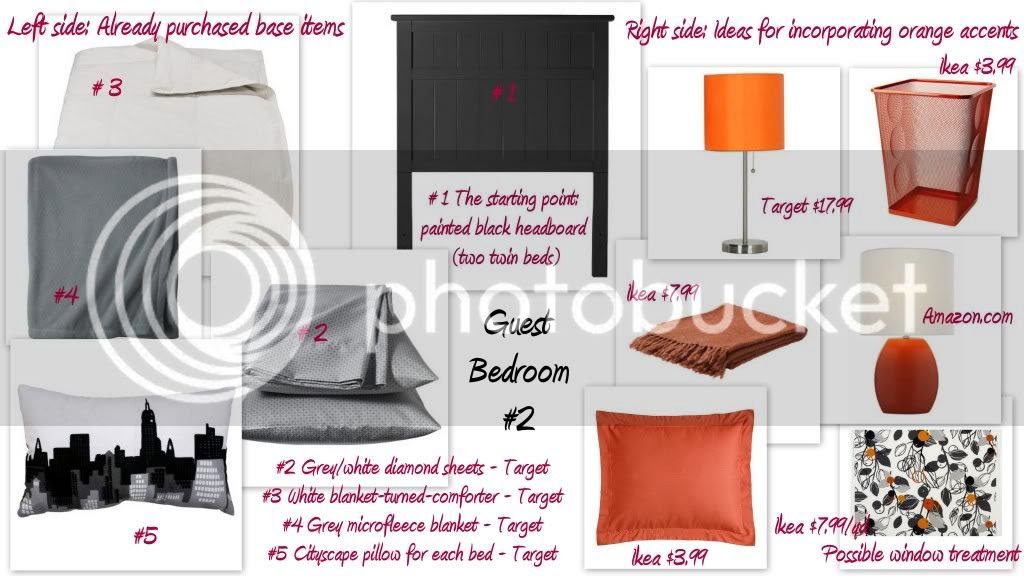 After our trip to Ikea last summer, I came home with several of the orange accent items that I had hoped to obtain for Bedroom #2 (which I'm now calling "the cityscape"). Peter's been good about reminding me that there's no reason to continue to buy items to furnish the PH when we don't have walls, and our finances would be better spent on actually getting the house finished. Somehow, buying plumbing fixtures and electrical outlets just isn't as fun as picking out cute lamps and kitchen colors, but I know that he's right. So although the house shopping has been put on hold for the time being, I have been hunting around Pinterest for ideas on how to arrange and decorate this rather small space on an even smaller budget.
Last week I came across a photo of a room that had black walls, and something clicked in my little head. I've always been a fan of chalkboard paint, so wouldn't it be fun to paint one wall black and then draw a cityscape in chalk to mimic the outline on the pillows and table lamp? Since I'm a very visual person, I quickly did a little mock up wall in Paint and then put together another idea board in Picasa, which should give you the general gist of what I'm seeing in my head: With the exception of the nightstand (and different beds that I'm planning on painting black), I already have everything I need to make this room a reality. Except walls, of course. With the one black wall, the plan is to leave the other three walls white in order to make an even bigger contrast. I can see it so clearly in my head that I am now anxious to spend some money on getting the roof done and the insides started so that I can finally play decorator in real life. I'll keep you posted ...
Do you have any big (or little) design projects that you're dreaming about?