How Closet Organization Helps an #INTJ Deal with Change

I've mentioned this before, but both the Hubs and I are Recovering INTJs. However, dealing with huge unknowns and total lack of control has brought out some of our best - and worst - INTJ personality traits, which we've been channeling into a whole-house purge and organizing event.

On a somewhat unrelated note, if you're currently looking for companies to buy stock in, I would suggest The Container Store and the Sterilite Corporation as they've recently seen an increase in sales. {ahem} 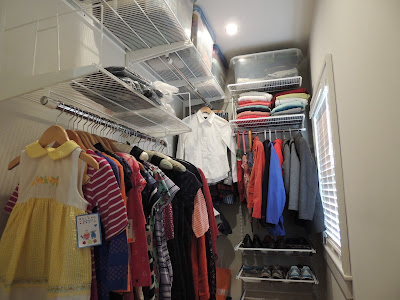 In the last month (since we found out there's a strong possibility we'll be adopting 5 children, rather than the originally planned 4), we've felt the "stress knob" crank up as we try to figure out what needs to change in our (already completed) home study, our (already completed) paperwork, and our (already completed) house. Since INTJs also tend to fall into the "Type A, Control Freak" categories, you can imagine the FUN we've been having around here as God reminds us once again that we aren't in control... HE IS. Good reminder... difficult lesson.

Last week a friend shared a link to a website that covered how different MBTI types deal with stress. Since that's something I've been dealing with in real life, I clicked through and what I read under the "INTJ – The Mastermind" section made me laugh out loud.

Some of the items listed that stress out an INTJ:
Well, that's the adoption process in a nutshell! The article went on...

"When in a state of stress, the INTJ can feel an immense amount of pressure – as if everything is on the line. [...] They may find themselves overwhelmed, and thinking about ideas and options that don’t have a productive end. As stress increases, the INTJ can become argumentative and disagreeable. Social interaction becomes increasingly difficult; and they may become preoccupied with obsessive ideas and plans. [...] In a case of chronic stress, the INTJ may fall into the grip of their inferior function; extraverted sensing. When this happens, they may give into self-destructive indulgences, like over-eating, over-exercising, alcoholism, or buying lots of useless items. They may obsessively clean or re-organize files." Psychology Junkie

I'm quite sure that Peter wouldn't mind one bit if I channeled my INTJ stress into obsessive cleaning, but sadly for him (and for our house), I tend towards the "re-organizing files" and "buying lots of useless items" tracks when under stress. Apparently I've been stressed for a while, because now that we're in purge mode I'm appalled (on a regular basis) at the amount of unnecessary stuff I've once again acquired. But as it always does, cleaning up and clearing out has helped kicked my financial self-discipline from neutral into high gear, so there's always an upside (like the Tape Incident from a few years back).

So what does happen then an INTJ under stress feels overwhelmed, out of control, and in need of a fix? Read this embarassing TRUE STORY to find out.

Friday is my scheduled-on-the-calendar "personal tasks" day. As an introvert, I look forward to having that day to be totally alone with no scheduled calls or need to interact with people.

PRAYER NOTE: if you're a parent who is laughing at the thought that I will soon have 5 tiny people around who don't know what "alone time" is - turn that laughter into prayer for me, because I already *know* it's a weak spot.

ANYWAY, a few weeks back the Hubs randomly suggested that he come home early on Friday to work on adoption paperwork and I didn't handle that well {*cough* UNDERSTATEMENT *cough*}. When he asked me what my deal was, I spewed out words that will live in infamy in this house: "I had plans... I was going to do THAT CLOSET THING!" That's when Peter raised an eyebrow and said, "That CLOSET THING? And what CLOSET THING would that be?" Turning a bright shade of red, I sputtered a bit more about, "organizing... storage... need to find space for... time to purge..." while he looked less and less impressed. When he came home that night, I threw open our closet door to display "THAT CLOSET THING" that had occupied part of my day: two suitcases and a bag now occupied one of our top shelves. Yeah... he wasn't over-awed either, but weeks later we're still laughing about it. 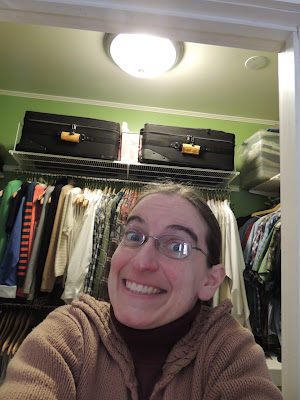 Now that I've identified that I'm experiencing the results of being an INTJ under stress, I've settled down and channeled that need for control into preparations for a "surprise" little boy and a welcoming walk-in closet for 4 girls. When I feel the stress beginning to rise, I actually walk into their bedroom, open the door to the closet, and feel the tension start to melt away. It's amazing what a little organizing will do for the mind. 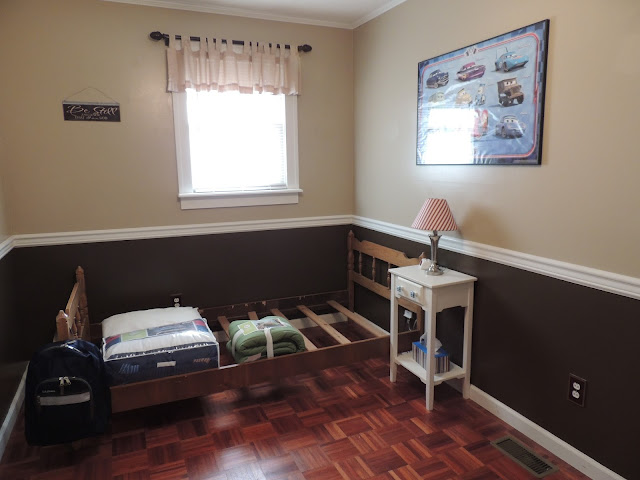 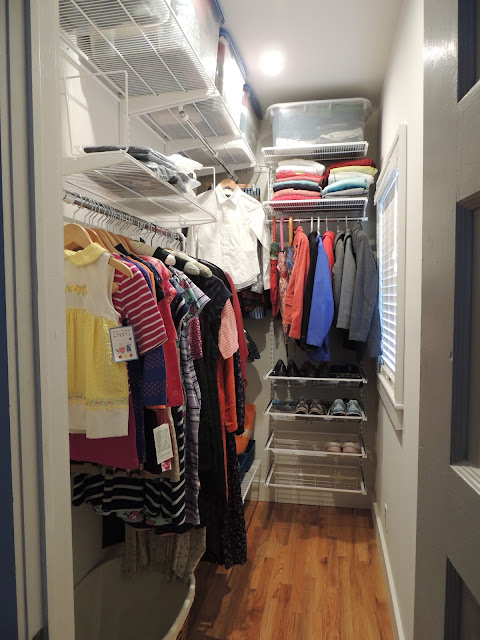 P.S. In case you're interested, the rest of that helpful article went on to share how you can help an INTJ who is experiencing stress, and as an INTJ, these resonated with me the most:
Email ThisBlogThis!Share to TwitterShare to FacebookShare to Pinterest
Labels: Adoption, Humor, INTJ