Attempting to Tame the Stuff Monster

Consider these "continuing thoughts" from last week's post on what is worth keeping and why we choose to hold on to things...

There have been several times over the years when I have gone through major purge/clean outs of our home and stuff. Whether you want to call it "simplifying" or "minimalizing" or "spring cleaning" the point is that it's a never ending battle - and it's gotten even worse since we've added five extra individuals with...unique...taste about what is worth keeping and what needs to be thrown out.

This high end dollhouse that you got me for my birthday? Don't want it. The piece of scrap paper with three pencil lines on it that some kid at school threw away and I dug out and brought home? PRICELESS.

As a recovering control freak (it's a lifelong battle), I'm learning how to let go and let each of the kids select (within reason) what's important to them, and what should be given or thrown away. It's an ongoing process - helping them to be okay with telling me, "No, I really don't think I'll play with it, let's give it away," while also learning how to use the trashcan appropriately and how to be gracious when someone (family, friends, strangers) gives them something that they don't like, but might need.

I don't think this problem is unique to kids who have been adopted internationally, it's just human nature. In my experience, most people are either natural pack rats or they love to be clean and tidy. Or you could be like some of us who love the outcome of clean and tidy, but struggle with pack rat tendencies. {Raises hand} 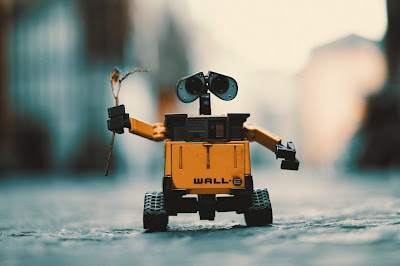 I vividly recall holding on to every McDonald's Happy Meal toy (I took the theme of "collect them all!" to heart), saving acorn caps from my friend's yard, and asking my mom for her empty food boxes so I could have a larger stash in my play kitchen. When I was about 6, my grandmother came to visit and suggested that I select something to collect so that I could focus on just one thing. I chose rabbits...and then I chose seashells...and then I chose lighthouses. I was an expert at collecting a LOT of "one things" - which made my first move with the Hubs extremely challenging.

After almost 18 years of marriage, several moves, living life out of a suitcase for four years, and two home remodeling projects, I've gotten a lot better at letting things go and living with the memories. Instead of coming home from our trips with a plethora of tourist junk that I really won't use, I've learned how to carefully and thoughtfully select an ornament for our Christmas tree and occasionally make that our splurge from the trip. I have the money to spend $40 on an amazing ornament that makes me grin like a Cheshire cat because I'm not spending $3 and $6 on a multitude of trinkets that will eventually end up in the donation box.

Before we brought the kids home, I wrote to some family members and requested that they remove about half of the items in our kid's bedrooms because we realized that it would be too much for them to deal with. After we deposited the kids in their beds at 4 am on Black Friday, the Hubs and I opened the door to our bedroom and were met with the sight of box upon box of that "extra" stuff, stacked all over the room. It was overwhelming. Over the last 14 months that we've been back, I have slowly found homes for most of it - stored in our basement to come out later, doled out over time to the kids, or given away because I realized that they'd never use it or appreciate it. However, adding five kids to the mix has only added to the clutter, but I refuse to give in and give up.

A couple of weeks ago, much to the dismay of our three youngest girls, we spent the afternoon and evening pairing down their clothes from excessive to reasonable. Organization was introduced into the chaos, and even though one daughter in particular kept announcing, "I'm going to DIE!" whenever we told her she had to get the number of shirts down to 10, in the end, the room (and the children) were more peaceful and at ease. Best of all for this mama, the next morning before school there were no cries of, "I don't know what to wear!"

It was a "well, duh!" moment, but don't we all have those from time to time?

In a world where more is supposedly better, and "withholding" things from children could somehow land them on a psych couch in their 40s, how is one supposed to sort out needs from wants, and then clearly and successfully teach that to your children? When they are being bombarded with all the latest and greatest at school from their classmates, how am I supposed to explain why less is actually more? It's an ongoing discussion around this house, as we sort out how to share our desire for less with their requests for more. For now, we'll start with the closet and work our way from there.
Email ThisBlogThis!Share to TwitterShare to FacebookShare to Pinterest
Labels: #HouseToHome, #WorkInProgress, Project: Simplify