Updates from "The Stack" (What's On My Nightstand - #WOMNS)

Another week, another two books down from The Stack! My nightstand is clearing off faster than I expected (of course, having two hours, two days a week, to read in the car is pretty helpful for that - thanks to a new taekwondo schedule for the four kids). But never fear, I've still got some big books to come, and my nightstand happens to be a 4' cabinet, a space that holds more books than I can read in a year...or two, so there will be no shortage of books for the reading goals of 2021! 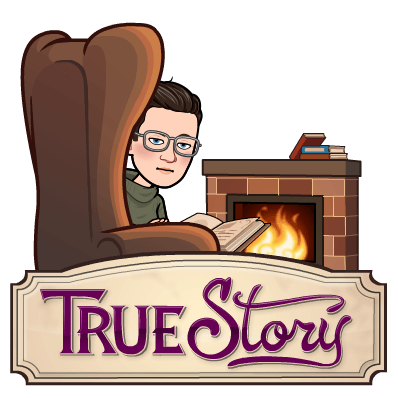 The books this week were all about surprises. Neither was what I was expecting, and both were a result of me not reading the description closely enough (or the reviews, as it turns out in the case of the first book). However, I still learned things from both, and will be passing them along to others in my life who are interested in giving them a try. Speaking of giving away...stay tuned, because even though I'm not doing it this week, in future reviews, if I think a book will be a one-time read for me, I'll be offering my copy to one lucky reader who leaves a comment, so keep your eyes open for those giveaways going forward!
Book #1 this week is Sugar Change the World: A Story of Magic, Spice, Slavery, Freedom, and Science by Marc Aronson and Marina Budhos. This past summer, our oldest was taking an online high school English class and the teacher was talking about this book. Since I'd never heard of it, I looked it up on Amazon and ended up buying a copy, because it sounded interesting. When the book arrived, I was surprised by the "coffee table" look of it, and thought perhaps I'd ordered the wrong thing. But, as it turns out, I did not...I just didn't catch that it was written for teachers, to be used as part of a classroom curriculum.

Building off of the experience and history of each of the authors families, Aronson and Budhos follow the trail of sweetness from England through the Americans, from France to Haiti, touching on the enslavement of plantation workers, brought from Africa, to the indentured field hands that were tricked into coming from India. The one thing I can say about this that I appreciated, was the broad overview of slavery around the world. So often, especially in the United States, it seems that we get stuck with being the only country with a history of slavery, but as this book demonstrates, from Brazil to the Caribbean islands, the sad history of slavery is widespread, with greed always being at the core, and not limited to the American south.

The authors did a fair job of following the historical trail of a much sought after sweet, in the form of honey and then sugar cane, and came full circle as the invention of beet sugar began to quell the need for sugar cane and thus, the employment and use of indentured servants and slaves. If you're a teacher, they even have an entire section after the conclusion of the book, on how you can tie this into your lessons, promoting student participation. For that reason, this isn't really a book that I would say, "Oh yes, it's a must read!" I did learn some interesting facts about sugar (although I don't know that I ever needed to know that much about it), and also broadened my view of the world of slavery, outside of the United States, but it's a library read at best. I'm personally giving my copy to a teacher, because that's really who was in the minds of the authors when they wrote it.

The second book from my stack this week was yet another surprise. I'd included Agatha: The Real Life of Agatha Christie on my Christmas wish list, after seeing it pop up on someone's Goodreads suggested reading list. My sweet hubs dutifully purchased and wrapped it, and I was stoked when I found it under the tree. Except then I opened it, and got a shock (which was totally my fault), because somehow I failed to see in the description that it was an illustrated, graphic biography. In other words, it was basically the comic book telling of her life. Let's just say that was not what I was expecting. At. All.

Nevertheless, I finally dove into it this last week and read it in an evening. While I am not a fan of the comic book format, I did chuckle over the inclusion of Christie's sleuths, who would, from time to time, pop into the story and torment their creator. I couldn't help but laugh when Christie, thinking about her famous (and apparently annoying) creation, Hercule Poirot, quipped, "If Hercule had his way, all scones would be square." The queen of mystery had a somewhat sad life, in reality, with her father passing away when she was just 11 years old, her first husband (he of the famous Christie name) leaving her for another woman, the death of a series of family members, and even the philandering eyes of husband #2. However, through it all, she seemed to find enjoyment in her writing, her travels, and her time spent on archaeological digs.

If you enjoy Christie's work as a mystery author, you might also enjoy this colorful telling of her life's story. However, although I haven't read them (yet), I think I will prefer her own autobiographical works, Come, Tell Me How You Live: An Archaeological Memoir, and An Autobiography. Those aren't currently on the top of my stack, though, so you'll have to wait on those reviews.

What about you?
↓
What's the best find out of YOUR stack this week?
Email ThisBlogThis!Share to TwitterShare to FacebookShare to Pinterest
Labels: #WOMNS, Book Reviews, Bookworm, Goals, History, Kindle