Something keeps cropping up in various conversations and in society in general that is really starting to bug me. I considered laying it out on Facebook, but then I thought, "Hey, I have a blog! What's more fun than opening myself up to criticism in the comments and discussing it?" Since my answer was, "nothing!", here we go.

CAN'T vs. WON'T: I CAN'T speak a foreign language. I would love to be fluent in French or Spanish or Swahili, but language just doesn't come naturally to me. It's not my fault, right? Wrong. You see, while language learning is not a "natural" gift or ability for me (as it seems to be for some), I understand that the reason why I don't speak a second language because I WON'T put in the time or effort to practice and learn.

COULD'T vs. CHOOSE NOT TO: Let's go with coffee. I'm sure there are some folks who think that I drink too much of it. They might be right, but would it be physically impossible for me to stop? If I said to you "I couldn't stop drinking coffee!" isn't what I'm really saying, "I CHOOSE NOT TO stop drinking it"? No one is holding a gun to my head, telling me that if I don't drink a cup of coffee the nectar of the gods they're going to kill me. I choose to pour a second cup and I choose to make late night runs to Dunkin' Donuts.


BE HONEST.
{Real life examples from yours truly}

I couldn't find time to walk on the treadmill.
I choose to spend my time shopping online for larger trousers.

I can't pay off my house early because there's never any extra.
I won't stop browsing in the dollar section of Target.

I couldn't learn how to drive a stick shift.
I choose to turn my husband down every time he suggests going out to practice.


BOTTOM LINE:
While I admit that there are times when you can't (physically) do anything about your situation, physical inability gets blamed too often for what is actually selfishness or a lack of self-discipline.

There have been a lot of times when I COULD have done something more, or something different, but I CHOSE not to.


Like: I could have kept my opinions to myself, but I chose to write a blog post instead. 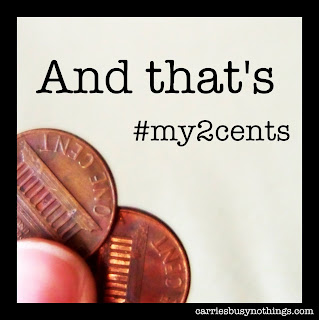 Email ThisBlogThis!Share to TwitterShare to FacebookShare to Pinterest
Labels: #my2cents