Last January, back when I was still blogging a bit more frequently, I decided to set some goals for the year... which I promptly forgot about by March. After doing a quick update in February, life took over and new goals were set and the direction of our lives took a bit of a turn. Which makes me wonder: are all those people who rail against setting goals for the new year on to something?

You know how I feel about goals - I think they are good to have, and I think they help you guage your decisions based on how they fit with your larger plans. I am still pro-goal, but I am also pro-flexibility. As it says in James 4:13-15...


Now listen, you who say, “Today or tomorrow we will go to this or that city, spend a year there, carry on business and make money.” Why, you do not even know what will happen tomorrow. What is your life? You are a mist that appears for a little while and then vanishes. Instead, you ought to say, “If it is the Lord’s will, we will live and do this or that.”

You have no idea what the next 12 months will bring. In fact, you don't even know what the next 12 minutes will bring. But God does. The goals that I set back in January were good goals, but they didn't take into consideration the possibility of change and growth. What sounded good in January, might sound trivial by the end of the year. In January, everything is new and fresh, but by December 31st, you already know that the year was filled with change. You know who died, who was born, what jobs were lost, and how God provided. And your plans changed accordingly.

Eleven months ago, I shared this list of goals with you. As the end of 2013 is just around the corner, I can already see the goals that I won't meet, the ones that I might meet, and the ones that can be successfully checked off. It doesn't feel like a failure or a success, because I know what was accomplished and decided in 2013, that wasn't even dreamed about on January 1st. 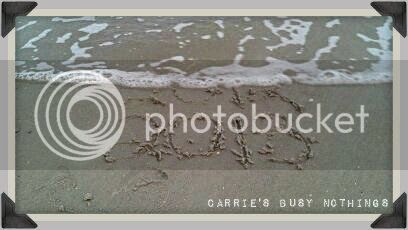 {1} Pay off the Project House
We tore it down - does that count? Actually, we paid it off first, but that meant refinancing our home. In the end, we'll still save money. {Possible 2014 goal - make progress towards paying off our loan. Again.}

{2} Read 75 Books
According to Goodreads, I'm 10 books behind schedule. Unless I start re-reading books from childhood, I'm probably not going to make that goal, but I've read 55, which exceeds the 53 books I read in 2012, and there are still several weeks to go in the year, so I would consider this a success. {This is a goal I won't give up in 2014 - I love reading!}

{3} Exercise 3 days a week
Nope. Nada. Zero. And I ordered larger pants this fall. This is definitely an area that I need to improve.

{4} Tell my time where to go
This is another ongoing work-in-progress, but in general, I'd say improvement has been made in 2013.

{6} Finish Project 312
Slow, on-again/off-again progress. But it's part of the larger, long-term plan, and as long as we're moving forward, I'm counting this one as a success, though not completed.

{8} Use it Up, Wear it Out, Make it Do, or Do Without (a no-shopping experiment)
We've definitely been better about our spending/shopping this year, but Christmas time always gets me. However, overall success - which is a good thing, because our cars sucked the money directly from our bank account this year! Yikes! See? That's one of those "unknowns" in January.

{9} Twelve driving lessons in the 5-speed (wish me luck)
I went out once. For about 10 minutes. I successfully made it back home. Let's leave it at that, shall we?

{10} Unplug more often
Yes, absolutely, 100% success. My smart phone is now, in fact, just a plain old phone with the added benefit of being a Kindle reader, and internet in a pinch if I want to look up something while I'm away from the house. Never used for work, de-synched my email, and it feels GREAT. {In fact, I intend to do this even more in 2014.}

Do YOU set goals?
Are you flexible with them?
How are you doing on your goals for 2013?