Yes, but HOW different?

NOTE: This is a personal story of God's work in my life. It wasn't written or shared to come across as "super spiritual" or to pass judgement on anyone for not doing the same. God's working in each of our lives in different ways - this is simply the way He's currently changing me. If it starts a discussion in your home or just gives you something new to think about, all glory to God because I'm certainly still a work in progress! 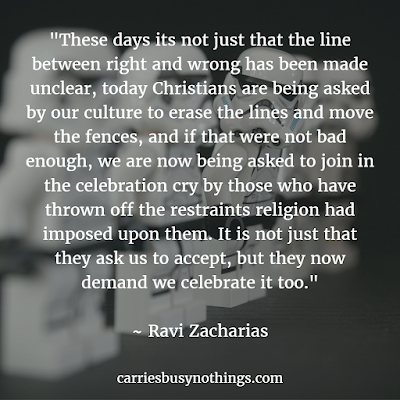 As Christians, God calls us to be set apart. While we glibly spout off how important it is to "be in the world, but not of the world" - do we ever stop to think about what following-through might actually look like? What would happen if being "counter-cultural" meant more than giving up our sleep on Sunday morning or offering a quick prayer before we eat?

When we got married 16 years ago, I was teetering on the edge of a TV addiction. Many of our early arguments started over my desire to watch "some stupid television show" - as Peter phrased it - and ended either with tears (me) or capitulation (him). Thankfully, moving overseas in 2005 broke my habit of glassy-eyed TV viewing, and in the years since we walked away from the world of current television programming, it turns out that "must see TV" isn't actually a must.

Of course in the case of the Olympics or BBC shows like Sherlock and Lewis, I find ways to watch online (it doesn't count if it's British television, right?), and we have a large collection of DVDs that we watch in our downstairs movie room using our projector and pull-down screen. Wait... what? If you think that sounds like a contradiction, then you are smarter than I have been. Or perhaps just more honest.

You see, it's no sacrifice for me to give up the idiocy that I see on TV while sitting in a waiting room, but don't touch my chick-flicks or my fascination with British mystery programs. That's how I relax and unwind. It's sacred and off limits to conviction. Uh oh...

I will not look with approval on anything that is vile.
I hate what faithless people do; I will have no part in it.
The perverse of heart shall be far from me;
I will have nothing to do with what is evil.

For almost two years now, every time I read these verses, the shows and movies that I willingly own and watch have always come to mind. Much like we did with the adoption call (lie down, wait for the feeling to pass), I knew it was something I needed to deal with, but it wasn't something I was willing to hand over to God. I mean, it wasn't hurting anyone, right? 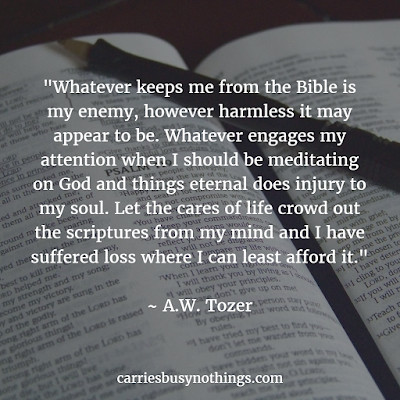 Which brings us full circle to Peter's statement: "a conversation I don't want to have." Turns out, he's been dealing with the same thing - conviction about how we spend our free time, what we watch, read, and listen to, and the whole idea of entertainment in general. The ensuing conversation was definitely in the realm of "counter-cultural" and the outcome of it was going to make us look more like freaks to the world than we already do (not having cable, and adopting 5 children at once isn't exactly "normal," apparently).

I tried to play devil's advocate, "well, some stuff we watch brings about discussion..." but the arguments sounded lame as soon as they left my mouth. In my head I already had a mental list of favorite films that I could no longer justify having on our home shelf - films that seem innocent, until you view them through the lens of Scripture. Do you ever stop to listen to how many "family friendly" films take the Lord's Name in vain (Exodus 20:7)?

Peter wisely let the discussion end with no decision... allowing us both time to think about it. Some things you don't have to pray about. If you read the Bible, then you already know what God says about it, and the action to take is not prayer, but obedience. "Praying about it" is so much easier, and the standard Christian answer more times than not, but obedience is hard because it often means dying to self, and giving over something that you previously treasured.

It didn't take long. When Peter left for work the next day, I headed downstairs to start putting movies in a box. Some were no-brainers (James Bond - don't judge!), while others were a bit harder (You've Got Mail, Sleepless in Seattle, and My Big, Fat, Greek Wedding - normalizing premarital sex/living together and accepting the use of cursing as a normal part of conversation). These days we find ourselves saying, "Hmm... would we be comfortable sitting here, watching this with the kids? Do we like the message it's sending out [like, living together is totally fine] or the language they use? Is this edifying and helping us to become more like Christ?" More often than not, the answer is no.


"What you applaud you encourage, but beware what you celebrate."
{Ravi Zacharias}
Email ThisBlogThis!Share to TwitterShare to FacebookShare to Pinterest
Labels: #WorkInProgress, My Faith, Personal