To Keep or Not to Keep...That is My Question

Ever since Christmas, I've been working hard to turn our bedroom back into a sanctuary instead of a storehouse for everything that I don't know what to do with. You see, our bedroom is the one room in our house that still remains off limits to the kids. As (sometimes cranky) INTJs, we know that these two introverts need a place to run and hide when it becomes too loud or too extroverted everywhere else in the house (our extroverted children do not, of course, understand our need for this). While it's been nice to have that space, it was far from relaxing because of the clutter that had spread out over every surface and been tucked into every nook and cranny.

As life with the five has started to mellow out, some of what we were storing has been handed over to them for their care (things like hair brushes - yes, in the beginning we even had to keep those!), while other things have found new homes in various household locations. Some of what was collecting in the room was just trash - scribbles from the kids, broken Dollar Tree toys for dad to "fix" that were long forgotten, empty boxes from items that had been brought into the room but the box never made it back out. We'd been living like that for a year and I was starting to feel like an overwhelmed hoarder. Something had to change. 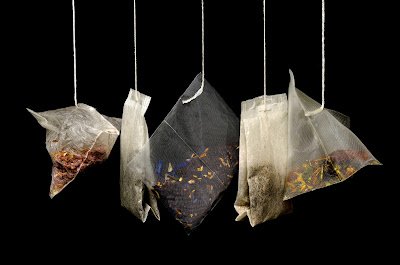 When the Hubs and I exchanged tea-themed gifts at Christmas (totally unplanned), I had a vision of creating a tea center at one end of my work desk. However, standing between my dream and me was a mountain of junk that had collected over the last year and apparently had no place to call home. Over the holidays, I took every opportunity to begin purging. Trash bags went directly out of the room through our window and off to the trashcan. Items that we could use later went downstairs to the basement. Boxes of books, clothes, and more went into our laundry room, awaiting the next trip to my favorite local charity. It took several weeks, but as the room began to clear out, I felt my stress level start to drop as well. Walking into our bedroom - even though it still doubled as my office - became a peaceful part of my day.

As I cleaned out and rearranged the room, I began to look at what I was (and am) still choosing to store, and the question that kept coming to mind was a simple one: WHY?

One example of this is our physical music collection, including a large trunk of vinyl records, a box full of {don't judge me} cassette tapes, and an entire cabinet of CDs of all genres. For a number of reasons, I find myself loathe to part with any of them, but the irony wasn't lost on me that as I was packing up the CD collection to store it under the bed, I was doing so while listening to unlimited jazz through our Amazon Prime account. If Prime provides me with such a large offering of a variety of genres, why am I hanging on to all the physical versions that I *almost never* pull out and listen to?
I don't have answers to any of those questions...I just know that I find myself weary of storing STUFF and feeling so tied down by the need for storage rooms and plastic bins and under-bed storage. There will be an answer for us, lying somewhere between overwhelmed hoarder and minimalist Jane, but the key is to figure out where that sweet spot is for us. One thing I already suspect is that Psalty and the DC Talk gang probably won't get an invitation to join us. 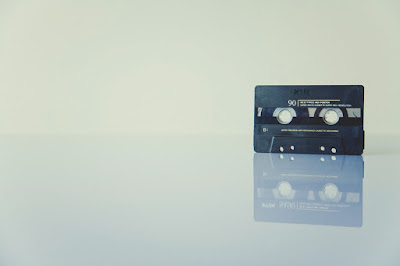