I weighed 95 lbs. when we got married (and I was 18 years old). Three years later, my final semester of college, I had to take a College Algebra class in order to graduate. Not passing it would have meant that I needed to take three additional math classes (so three additional semesters of college). I was stressed to the max (hey, I was an English major for a reason!), and spent the summer semester crying over my class, begging my teacher for mercy (which she gave in abundance - bless her!), and eating a large bowl of chocolate chip cookie dough ice cream every.single.day. I passed the class (which allowed me to graduate that August), but my clothes no longer fit. Although I never saw a number below 100 again on the scale, when I stopped shoveling ice cream into my mouth every day, my metabolism settled down and I got used to my new normal weight (still small, just not as small as I had been). 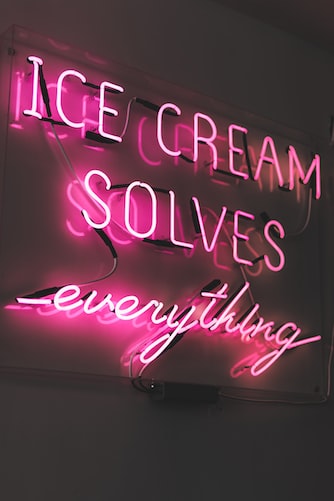 Over the next few years, the Hubs and I traveled the world, working with humanitarian aid organizations in Africa and southeast Asia. My weight stayed pretty even (around 108-110 lbs. - still super healthy for my 5'2.5" frame), thanks in part to the amoebas that we picked up everywhere we went and the stomach issues that went along with that. But when we returned to the U.S. in December 2008 and the Hubs went back to a 8-5 job, I was home alone with no job and a lot of time on my hands, and the numbers on the scale started moving up. Within two years, I crossed the 130 lb. threshold and was freaking out. To those out there (my current self included) who wish we could see 130 on the scale, let me share this insight: when you've lived your life to that point wearing size 0 and 2 (without trying), it's a shock.

In 2010, the Hubs and I went on the South Beach Diet and I lost 25 lbs. and he lost more than 50. We felt better than we had in years, though a little foggy headed (the result, we later learned, of completely cutting out carbs - who knew your brain needed bread?!), and settled into the lifestyle of removing rice, bread, and sugars from our meals, whether we were eating out or at home. I blogged about it here, and was so pleased when I could fit back into my favorite skirt again. Life was good...but not sustainable, as we learned when I finally got a (stressful) job as a pharmacy tech in 2011 and home cooked meals were replaced with fast food options.

In 2012 we both changed jobs, which allowed me to work from home, and I also developed an interest in cooking. Great for our taste buds, but since my inspiration was Julia Child and her love of butter, the weight began to creep back on as the South Beach Diet was forgotten. And then there was the (stress of the) adoption that God called us to. By the time we traveled to Central America in 2016 to bring the kids home, we were both at our highest weights. During our first 8 weeks with the kids, I lost over 15 lbs. (from stress) and the Hubs lost about 25. While the weight loss was an awesome boost during a very rough period of time, again, it wasn't sustainable. Once the stress-level went down, the weight returned...and more.

In mid-September of 2018, I stepped on the scale and discovered that I was at my highest weight ever, and had crossed a line I never thought I would see. When the kids came, we lost our exercise room to storage, so using the treadmill was no longer an option. I wasn't sure what to do, but I sent a text to my prayer group and told them that I needed HELP! As it turns out, the three awesome ladies in my group (plus a couple of other friends who I regularly text with) were all in the same boat and decided to get on board and start holding each other accountable. One of my friends suggested trying it for 21 days, because she'd read that it took 21 days to make a habit. We each shared what we would be specifically working on, and the next day, I stopped in a parking lot close to the kid's school and started walking. I walked that day. And the next. And the next. More and more days I chose to turn into the parking lot, even when I didn't feel like it. It was only 20 minutes, I told myself, and somehow that made it doable. Day after day after day. 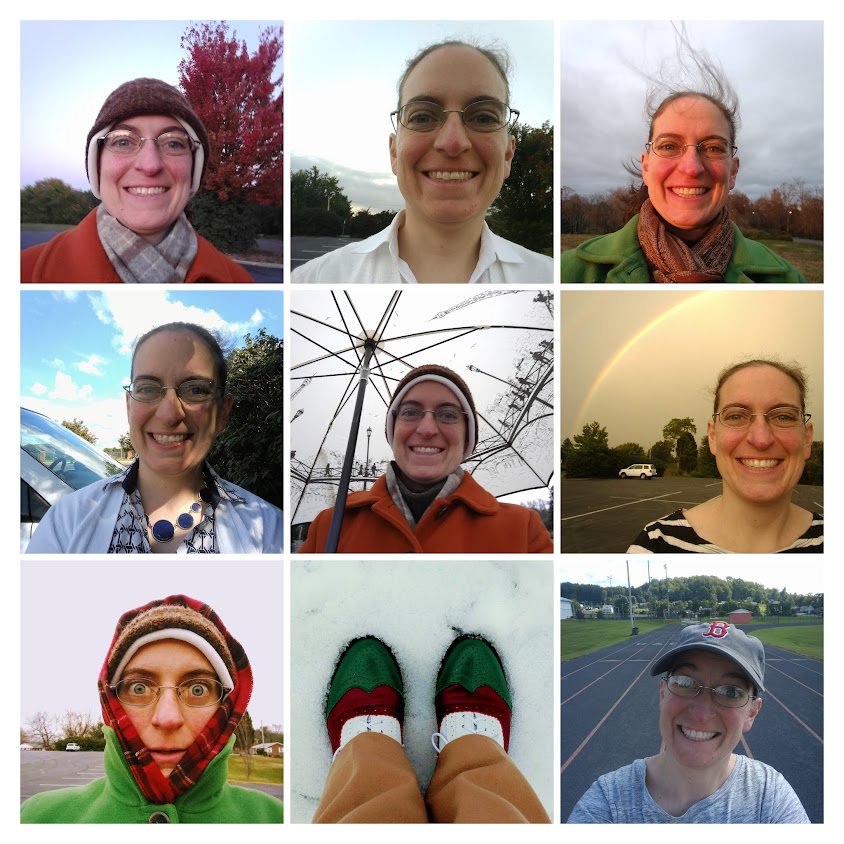 Before I knew it, 21 days had passed and walking was a habit. I actually found myself missing it on the days when something stopped me. I walked in heat and humidity, in rain and cold, in blustery winds and on perfect autumn days. I joked that I was turning into the post office of walkers! At first I saw no difference on the scale, but then one day I noticed that the waistband on my pants wasn't quite so tight, and with some hesitation, I stepped on the scale in our closet and was thrilled to see the number had dropped by two pounds. What made me happiest of all was that it really didn't feel like work. Even when our treadmills were actively in use, it felt like a chore. I had to put on my exercise clothes, I needed to select something to watch, I needed to go fast in order for it to count. As it turns out, all I really needed to do was just move. I don't walk fast, I don't dress for it - shoot, most days you'll find me walking in some kind of dress oxfords and pearls! But it's working for me.

Since that time I've been faithfully counting calories (using the awesome and FREE app, Lose It - available on the Google app store) and walking an average of four days a week. To date, including two notoriously bad food holidays (Thanksgiving and Christmas), I have lost 14 lbs, and I'm still pressing on. I feel better, have more energy, and don't feel like I've had to give up any of my favorite foods. I'm finally at a point in my life where I recognize that diets aren't sustainable, but moderation is. I don't fix separate meals for me while the rest of the family eats, I just eat less of what they're having. I've plateaued again, but I'm not stopping. And even if this is where I land, it's still healthier, my pants fit again, and I know I'm better off than I was before. Win-win-win.

SIDE NOTE: Not all bodies are created equal. I don't want this to sound overly-simplified. Despite what you might think ("this skinny gal has no idea!"), I'm married to a man who has fought his large Dutch genes his whole life. These days (as he counts his calories along with me), he often says that the only thing that's changed is that he's now counting the calories that he eats while weighing the same. It's frustrating to me (on his behalf) to see how little he eats and to know he's paying attention and yet seeing no downward movement on the scale. He's spent the majority of his adult life actively battling his weight. In some instances, genes seem stronger than willpower. But to quote Galaxy Quest, "Never give up, never surrender!"