Be Anxious for Nothing (The REST of the Story)

Last year I began to share my journey through anxiety and panic, but shut down when people lashed out because I chose a different path to deal with it. No matter how many caveats and disclaimers I added to the blog posts or social media shares, those who disagreed with me (yet didn't know me, or my situation) felt the need to put in their 18 cents and argue against my own personal experience. Honestly, I wished that I had never started talking about it at all. But as another year passed, and as God has continued to work on me, I realized that sharing what He has done for me - whether other people approve of the methods or not - is never a mistake. So for what it's worth, here's the rest of the story...

You may recall that my anxiety took me by surprise, having never experienced anything like it before. You may also remember that after meeting with my physician to make sure there wasn't anything physically wrong, I began taking steps towards recovery that included spending many hours in prayer, digging into God's Word, and - eventually - reading a whole bunch of A.W. Tozer. If you don't know who A.W. Tozer is, you can click here to read a short bio of his life, but for me it's not about Tozer - the great writer, but Tozer - the man who points people to God. God placed his work in my life at a time when I was unknowingly seeking a deeper relationship with Jesus, and his words led me down a path that I had been missing.

In November of 2014, the Hubs started saying to me, "I've been listening to this audio book that I got for free. It's by a guy named Tozer, and I think you might really like it." Now, the Hubs never recommends books to me, and in general we have different tastes in the types of literature that we read, so I ignored his suggestion. But he kept bringing it up (which was also unusual), until I finally gave in and ordered the paperback version of The Attributes of God (Vol. 1). As my panic worsened in December, I found myself unable to do most of the activities that I had always used to relax and escape from the stresses and pressures of life - watching (Christmas) movies, reading mysteries, scrolling through Pinterest. Even sitting in church became a nightmare! I found myself battling against full blown panic attacks while those around me belted out Christmas hymns, and I became an expert at bolting out the door as soon as the pastor closed his final prayer. Everything that had previously brought me pleasure now incited overwhelming fear. Everything, that is, except God's Word and Tozer's book. 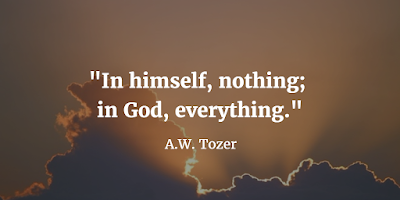 As we passed through the Christmas season, I spent my days curled up in a chair in our living room with my Bible, The Attributes of God, and a notebook. In general I am a fast reader, but it took me a month to read through The Attributes because I kept bursting into tears, overwhelmed by my small view of God. My prayer and gratitude journals during that time are filled with confessions of my own sense of control, my cry to God to be my stronghold, my lists of anxious thoughts and irrational fears.

It was during this season that God stripped me of everything that I had unknowingly come to rely on instead of Him, the biggest shock coming when I realized that I had put my husband in the place of God in my life - which I confessed to my Father and asked the Hubs to forgive. As much as he wanted to help, in the midst of my panic attacks, my sweet husband could do nothing to comfort me. His embrace did not make me feel safe, his prayers did not calm my soul, his rational explanation of my physical response did nothing to alleviate my anxiety. When I saw my choice to look to him for my security rather than rely upon God, I was a sobbing, crumpled mess, begging God to forgive my pride and arrogance, my ignorance and foolishness, and to take His rightful place back at the core of my heart. And, my friends, He did.

In His awesome faithfulness, He began to take my brokenness and remake me. It took time - months, in fact - but God allowed me to see the bigger picture. I stood in awe of His might and power, of His authority and His love. I realized that I had unwittingly put God in a small, convenient box of my own making, one that fit my view of Him. Of course He was God, and yes, He played a large role in my life, but I was still holding onto control of other segments. Or, rather, I held onto the illusion of control. As God did His work in me, I slowly realized that I controlled nothing at all. From something as simple as going out to dinner (and being paralyzed by fear in the parking lot) to relinquishing control on the adoption process that we were in the midst of, God reminded me that my job is to follow His lead, not to attempt to lead Him where I wanted to go. Letting go of control was hard - and can still be a challenge - but it was necessary to move to the next step of recovery. 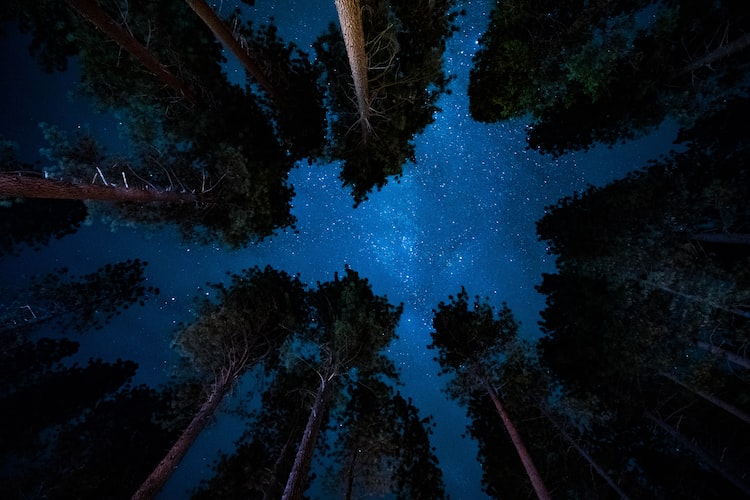 It's been almost five years since my first panic attack, and I can't remember how long since my last one. Months, at least. On the rare occasion that panic comes for a visit, it usually happens when I have strayed away from fellowship with my Father. When the days are long and the busyness overwhelms the introverted me, when I've set my eyes on my own plans, looking inward rather than upward, then the squeeze of panic begins. Sometimes it manifests itself through unexpected tears (and I'm not a crier, so I hate this, of course!), sometimes it's just unexplained fear. But now I am armed with an arsenal of Scripture, a group of praying friends who are just a text away, and the knowledge that I can let go - must let go, in fact - so that God will increase in my life. Because when He increases, there is no room for the self-focus that drives fear. Yes, I did it without a counselor, yes, I did it without medication, but no, I did not do it at all - I surrendered because I could do nothing else, and God met me with open arms.

I don't know your story - just as you really only have a limited understanding of mine - but I do know our God, and I know what He is fully capable of doing, as long as you are willing to let go and trust Him completely. What I learned as a result of my experience is that God is sufficient. He is, in fact, more than enough. It is not God who must become more powerful - He already is all-powerful - but I who must acknowledge His power. Fear and panic are not choices - I know this well enough after all the times when I tried to rationalize my way out of them - but surrendering to God in the midst of it, is. I'm thankful for the way God used A.W. Tozer's book on God's attributes to show me my limiting view of Him. I'm grateful for every moment of panic, every fear-filled day, and every gut-wrenching sob that I experienced, because without them, I would still be comfortable in my complacency. God can, and does, use the difficulties of this life to draw us back to where we can best see Him, and for that there are not enough words of thanks.


Therefore, since we have been justified through faith, we have peace with God through our Lord Jesus Christ, through whom we have gained access by faith into this grace in which we now stand. And we rejoice in the hope of the glory of God. Not only so, but we also rejoice in our sufferings, because we know that suffering produces perseverance; perseverance, character; and character, hope. And hope does not disappoint us, because God has poured out His love into our heart by the Holy Spirit who He has given us. {Romans 5:2-5}