Hello friends and fellow bookworms! My last post on here went live on February 16th, and then it seems, just as in years past, despite starting out strong with my blogging goals, life took over. And while I continued to read through my list and follow my No Spend plans for February, I failed to blog about either topic (or anything else, for that matter). But since I had a moment this morning, I thought I'd at least give a quick update about what I've read since the last time I posted. 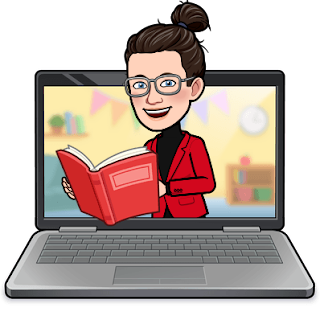 As a reminder, here are the list of books that I started out with from the FRONT stack on my nightstand.

Over the last couple of months, in addition to reading the official books from my stack (which I'll get to in a minute), and completing Souvenir on my Kindle (you can read my review of it on Goodreads), I also read the following books to the kids:
So as you can see, I haven't been lagging on my reading for 2021, they just haven't all been part of my official stack that I'm still working through for the year. But if you're curious about the ones that I have marked off of the list, here's a brief rundown.

👍Poirot and Me by David Suchet has definitely been one of the more enjoyable books from my stack in 2021. As an avid fan of Agatha Christie since I was in junior high, with Poirot as my favorite sleuth, it should come as no surprise that I was also a fan of the British television show.
Who better to write a book about the show and this lovable Belgian detective than the man who played him for more than two decades? David Suchet threw himself into this role, 110%, and his love for the fictional character comes through in his writing. I'm not even sure Christie herself liked Poirot as much Suchet did and does.
If you are a fan of the books or the show, this is a must read. Two thumbs up from me, and a big thanks to my sweet Hubs for his placement of this under our Christmas tree.

👎Dear Mrs. Bird by A.J. Pearce. I had high expectations for this book, based on the reviews that I had read on Goodreads. However, once I dug in, I found that I had a hard time getting into the story. I wanted to like the characters, I wanted to like the plot line, but I found that it dragged a bit, and I ended up just wanting the book to be done.
That being said, I now see that it is planned out to be a series of books, and since the story took a bit of an unexpected upturn at the end, I might be willing to give book #2 a try, if I ever run out of books from my stack to read. The likelihood of that is slim to none, but there's always a chance (especially if I stumble across a used copy of it at some point in time).
If you have read this book and liked it, I'd love to hear your thoughts!

I wasn't sure what to expect when I picked up The Girls of Atomic City by Denise Kiernan. Last year I had read her book about the Biltmore House (see my review), and felt that the idea was strong, but the writing could have used some work (and a good editor). Even so, when I saw that she had written a book about the women of Oak Ridge during WWII, it piqued my interest and I went about getting a copy for my stack.
The good news is that it gets a thumbs up 👍 from me. As with The Last Castle (her book on the Biltmore House in Asheville, NC), Oak Ridge is just down the road from me (the opposite direction of Asheville) and contains a fascinating, and often overlooked, part of history.
Although I was aware that Oak Ridge played a role in the creation of the atomic bomb that eventually brought an end to WWII, I was unaware of the extent of the secrecy surrounding the work and workers during the dark days of the war. This book makes me want to road trip down there one of these days and see what remains of that history before it's completely gone.
*   *   *   *   *
That's what's been going on with my stack of 2021 books. I'll do my best to report in a little more regularly going forward, but...with five kids and homeschooling and working freelance jobs and summer coming...I'm making no promises. 😄
👉 If you haven't already connected with me on Goodreads, I recommend following along there, as I do write reviews as soon as I complete whatever book I'm reading at the moment.
What have YOU been reading?